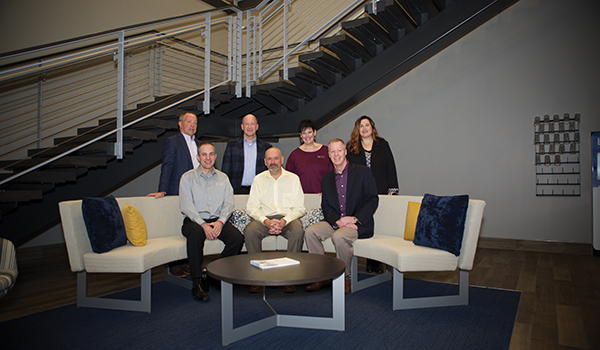 Rural communities remain what many describe as the loveliest parts of Michiana. With rolling hills, fields seemingly without end and thick woodlands that appear untouched by time, these rural areas are reminders of the beauty of country living and a simpler time before industry and dense cities.

By bringing new tech and communication opportunities to the overlooked and underserved regions of Michiana, Midwest has carried on the mission of early energy co-ops that began bringing electricity to rural areas in the 1930s. Like many homegrown businesses and services, Midwest is not only focused on profits and expansion, but a deeper mission: serving neighbors and setting an example.

“Our business model gets at the notion of service,” said Midwest Energy and Communications president and CEO Robert Hance. “When you’re more area-based and homegrown, you have an attachment to the area and the folks there.”

Midwest has been working for the last several years to bring fiber optic internet lines to rural Michiana, a project that larger, incumbent internet and communications companies do not see as financially beneficial. Hance sees the effort of Midwest as a direct connection to the electric co-ops that came about as a result of President Roosevelt’s New Deal programs in the ‘30s, except now the focus is communication and connectivity.

“There’s a very deep connection to our roots. This thing we’ve gotten ourselves involved with is very powerful because it’s driven by consumers. It’s not driven by us as an organization,” Hance said.

The amount of data used by any internet device and user has grown exponentially in the last decade, for people living in rural communities included, yet it is the rural communities that are left behind, according to Hance. Since Midwest started the concerted effort in 2014 to bring fiber optic internet to rural service areas throughout Michiana, more than 8,000 subscribers have been serviced. By the end of 2019, any electric consumer of Midwest will have access to fiber optic internet options.

“You hear from the incumbent companies that it costs too much money, and that’s why they don’t do this. Well, we’re doing it, and we’re making it work,” Hance said.

Hance has been an advocate of electric co-ops across the country. Because of his work with legislators and policy makers, rural co-ops have received funding, previously unavailable, from the FCC to undertake efforts like bringing fiber optic lines to rural Michiana.

Midwest’s orientation toward consumer driven service did not stop with fiber optic internet lines, however. In December 2018 Midwest’s community solar energy array went live, providing natural, renewable energy for Midwest subscribers who want to be more environmentally conscientious. Although Hance is candid that renewable energy is not yet capable of being the sole source for electric companies, the Midwest solar array was a new step toward green energy for the Cassopolis company and its customers.

“There are a lot of people, whether or not they perceive that they’ll make money, that just feel really passionately about renewable energy. They want to play a part in that arena. What community solar displays like this do is they give people a meaningful way to participate in renewable energy, without having to make that big upfront investment,” said Midwest’s vice president of corporate communications Patty Nowlin.