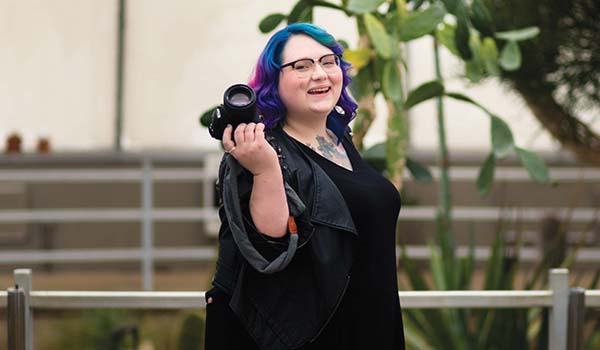 She thought back to her days growing up outside in Michiana, watching fireflies and other creatures in her backyard. She thought of the present, a time when few fireflies appear, if any at all, at her Niles home for her two children to see.

She thought she had to do something to help preserve Australia’s wildlife, many endemic and many already endangered before the bushfires began.

So, she used her photography business to raise money to protect Australian animals.

“There are people who know how to help,” Culp said. “I’m not one of those people, so I want to do anything I can to help those people.”

On Feb. 16, she hosted a photoshoot with pets and pet owners at The Grand LV in downtown Niles. She took portraits of pooches, sending half the proceeds, about $250, to Wildlife Warriors, an Australian foundation that cares for injured and threatened wildlife.

Culp received such a positive response from the event, she decided to host a month-long photoshoot fundraising drive in March. Each Sunday, she will meet with clients at their homes to take portraits of their pets. Half of the proceeds will go to Wildlife Warriors, which plans to open a ward to treat animals injured by the fires in addition to its zoo and other centers.

“It’s really important to me that wildlife in general is preserved, not just here, but everywhere, and remote [locations] that have special species just in that area alone. It’s devastating,” she said.

Culp sees the photoshoots as an opportunity to make area pet owners happy and an opportunity to help a foundation to make a direct impact on what is believed by experts to be Australia’s most financially and ecologically devastating series of bushfires in decades. She is poised to raise $300 from her pet portrait commitments thus far.

The photographer allots between 30 and 45 minutes for an at-home photoshoot. She plans to spend time greeting both pets and owners before unpacking any of her equipment. That way, she said, pets will not get immediately skittish with new objects being set up in a familiar space.

After the equipment is set up, Culp will take photos. The results will be five portraits per pet that are retouched and edited.

While most of Culp’s Sunday slots are full, she has availability on March 15 and 22. Reaching out via her website, shayneculpphotography.com, or her Facebook page, “Shayne Culp Photography,” is the best way to schedule, she said.

This is Culp’s eighth year as a professional photographer and her first year doing so full-time. She said pet portraits are new to her, but she has loved it. Culp said she is known in the area for her family, couple, wedding and boudoir photography.

Dogs have been her only subject for pet portraits thus far, and she said it reminded her of taking photos of toddlers. Sometimes, toddlers and dogs can get distracted or nervous, but dedicating time to playing with them or getting them comfortable with camera equipment can go a long way.

She decided to host at-home photoshoots per suggestions from people she spoke to at the Grand LV. She said some pets were either not inclined to leave the house or too old to do so.

After her month-long fundraising drive, Culp will host another event, this one meant to empower women.

Her “retreat yo’ self women’s retreat” will last from 11 a.m. May 18 to 10 a.m. May 20.  A dozen attendees will head to a lakefront house near New Buffalo for activities such as a boudoir photoshoot, professional styling and yoga.