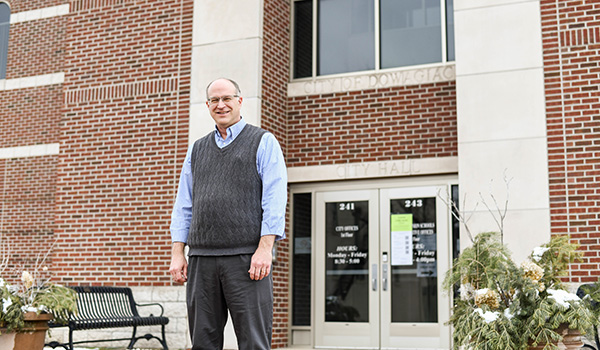 DOWAGIAC — To offer relief for residents who may be impacted by the COVID-19 outbreak, the city of Dowagiac is providing assistance.

Last week, city officials announced residents’ utilities would not be disconnected for non-payments. The announcement came following Michigan Gov. Gretchen Whitmer’s mandated closure of restaurants, bars, fitness studios and other entertainment venues. Also on Monday, the governor issued a stay-at-home executive order which temporarily ordered businesses and operations to suspend in-person work that is “not necessary to sustain or protect life.”

City officials decided these closures could affect city residents’ sources of income in the next few months.

“This is something that has never been done before,” said City Manager Kevin Anderson. “What we did is we recognized the tremendous impact that the executive order would have on employees in the food industry, especially.”

During the uncertain time, Anderson said it become apparent quickly that families could experience a short-term loss of income and problems could occur with paying utility bills.

“We, as a city, wanted to quickly and carefully say, ‘don’t worry, we are not going to be adding on penalties for you,’” Anderson said.

In the city’s efforts to take a piece of the burden away, earlier in the week, city leaders announced they would temporarily waive processing fees for online and telephone payments.

Anderson said when the city got past the COVID-19 situation, it would determine what is fair and appropriate for repayment plans.

“Generally, what we can say is that we know there will be larger past dues,” Anderson said.  “We will not expect immediate lump sum payments and will work on payment plans in the long haul. There are still lots of variables before we decide what that is. We will work with everybody on this.”

City officials still encouraged customers to contribute toward past due balances and to make efforts to pay account balances.

“We encourage and hope people will pay what they can to keep those [utility non-payments] from growing to a larger size,” Anderson added.

Beginning today, Dowagiac City Hall will be closed to all public traffic in compliance with the state of Michigan’s stay-at-home executive order made by Whitmer. The order states, effective at 12:01 a.m. on Tuesday, for at least the next three weeks, individuals are only permitted to leave their home or residence under limited circumstances. The order also prohibits businesses and operations from making workers leave their places of residence unless they are necessary to sustain or protect life.

Although the city’s offices will be closed, residents will still be able to pay utilities and apply for permits online at the city’s website, CityofDowgaiac.com, via email at Utilities@dowagiac.org or by phone at (269) 782-2195. Customers can also drop off payments at one of two drop boxes located at city hall and in the alley behind the old Huntington Bank building.