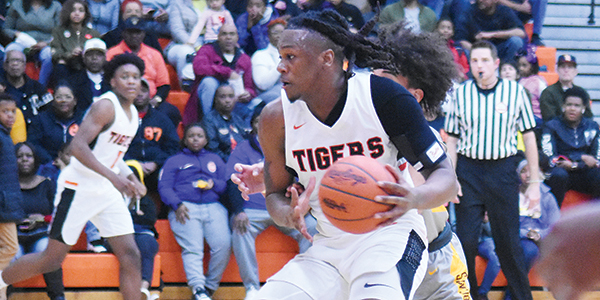 BENTON HARBOR — Senior Carlos Johnson of Benton Harbor may have played his last high school game due to the suspension of the postseason due to a COVID-19 outbreak, but that does not mean he will not have fond memories about it.

Monday afternoon, Johnson was awarded the 2020 Hal Schram Mr. Basketball Award by the Basketball Coaches Association of Michigan. Johnson is the third Tiger to receive the award. He joins Anthony Miller (1990) and Wilson Chandler (2005) as the winner of the award as the state’s top basketball player.

Johnson, who goes by the nickname “Scooby,” helped Benton Harbor to the Class B state championship his sophomore season after helping the Tigers reach the semifinals at a sophomore.

knocked out of the state tournament by eventual state champion Hudsonville Unity Christian in the Division 2 regional finals. The Tigers advanced to the Division 2 district championship game against Coloma this season before the state suspended play.

Johnson will continue his basketball career at Butler University.