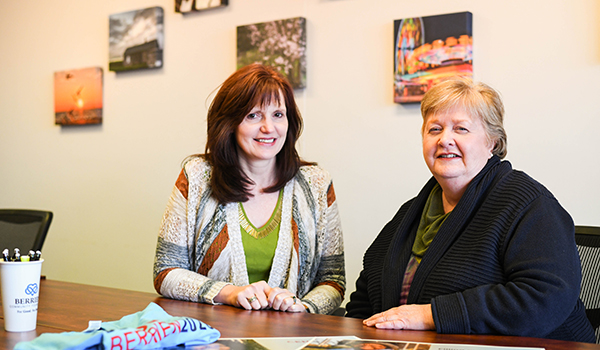 ST. JOSEPH — Michigan is the first state in the nation to match its 2010 census self-response rate –– a milestone that can be attributed in part to early outreach by nonprofits throughout the state.

Michigan matched its 67.7 percent self-response rate from 2010 and ranks third in the nation overall for self-responses. Residents can self-respond to the census online, over the phone or by mail. While this recent milestone is worth celebrating, there is still a lot more work ahead to achieve a complete census count.

“Berrien County, with a response rate of 63.3 percent, is doing better than the national average, but not quite a good as the state’s average.  Some of the local nonprofit get-out-the-count events will be re-scheduled for July and August,” said Kathy Stady, census hub coordinator for the Berrien Community Foundation.  “Amid a global pandemic and the cancellation of in-person census events, nonprofits helped propel Michigan to become the first state in the country to match its 2010 census self-response rates. When stay-at-home orders restricted in-person contact, nonprofits showed up to distribute food to families in need and provided information packets on filling out the census, and with millions of Michiganders at home, they took their messaging online, hosting town halls and census parties.”

Nonprofits adapted their outreach to meet the needs of their community while demonstrating how accurate census data impacts the current health crisis, Stady said.

“Our nonprofit partners continue to work to help the community during this time,” said Berrien Community Foundation President Lisa Cripps-Downey. “They have gone above and beyond. Nonprofits helped their community make the connection between resources that were available to them, such as unemployment insurance and food assistance, and how census data impacted those resources in real-time.”

Michigan’s nonprofits began reaching out to communities more than two years ago through the “Census 2020 Michigan Nonprofit Complete Count Campaign,” a collaboration between nonprofits, the state of Michigan and the U.S. Census Bureau. The campaign encourages historically undercounted populations to complete the census to ensure equity in political power, government funding and private-sector investments.

The state’s historically undercounted populations –– which comprises ethnic/minority populations, immigrants, families with young children, senior citizens, those living in poverty, people in rural communities or those who are experiencing homelessness –– are at the greatest risk of being undercounted. They rely heavily on census data to receive funding for medical care, food assistance and school programs.

Without an accurate census count, Michigan stands to lose millions of dollars in federal support for programs that use census data. Specifically:

or by mail is especially important given social distancing, Stady said. In-person visits from census field workers have been delayed until August due to the COVID-19 pandemic.

As of June 23, Michigan’s census self-response rate is 67.9 percent.