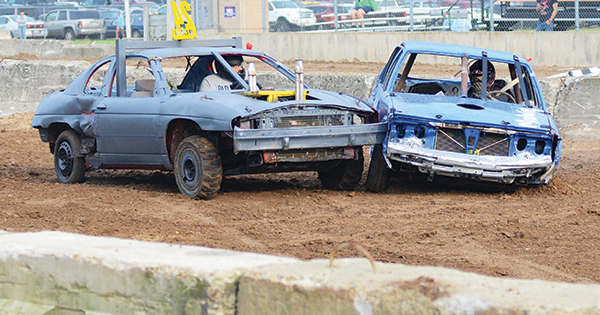 Demolition Derby to go on despite no Cass County Fair

CASSOPOLIS — A lot of hard work has already been put in by those hoping to compete in demolition derbies this summer, including the one scheduled for the Cass County Fair on Aug. 6.

With fairs canceling left and right, those car owners have had a disappointing spring. The disappointment got even bigger when the Cass County Fair board announced last week that it too was canceling the 2020 fair.

Tom Hartsell, owner of Hartsell Promotions, was scheduled to put on this year’s popular demolition derby. He has decided to move forward with a an event this fall at the Cass County Fairgrounds.

“I put a group together and we are going to being the derby back to the Cass County Fair like it should be,” he said. “We worked really hard getting the word out there. We have got some competitors who have been retired for a while who are coming back. The long-term goal of this group is to go back to two days for the derby.”

Hartsell said he has a few ideas he thinks will work and will get people coming back to compete at the fair.

“We are going to do some things with giveaways from the store here,” Hartsell said.

The goal is to have a show in early October.

“With the fair being called off, a lot of guys have already built their cars and are ready to rock and roll,” Hartsell said. “We have the support of the fair board, so we will just have to wait and see what happens with this coronavirus stuff.”