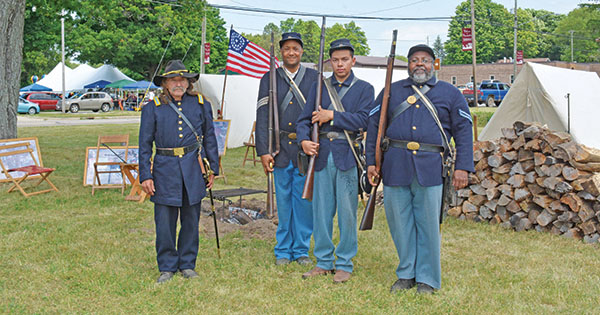 The 2020 Underground Railroad Days in Vandalia have been canceled for this year due to the COVID-19 pandemic. Officials are looking forward to the return of the three-day event the second weekend in July in 2021. (Leader file photo)

VANDALIA — Mid-July has meant Underground Railroad Days in the village of Vandalia since 2010.

However, this year will see a break in the tradition, as due to the outbreak of COVID-19, the festival had to be postponed for 2020.

“We made the decision pretty early on,” said URSCC Treasurer Cathy LaPointe. “We felt even if it was open again, people are not going to want to get into vans practically on top of each other.”

LaPointe was referring to the guided tours that are typically available throughout the weekend. Other events such as the Civil War encampment, tours of the Bonine House, music, poetry and arts and crafts at the Ramptown Cabin in Milo Barnes Park could have been hosted with social distancing practices in place if the URSCC had enough people to make sure all guidelines were followed. However, organizers felt the safest course of action was to cancel the event.

“We don’t really have the staff to do that,” LaPointe said. “There is no way we can disinfect. I think it was hard for everybody to make that decision, but it was just the right thing to do.”