Diamond Lake Fourth of July party could result in… 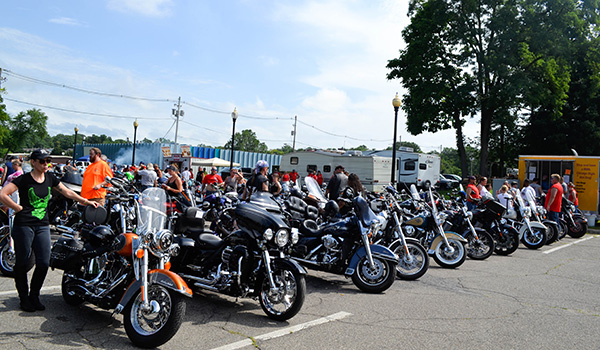 NILES — “Kick stand down” reads the beginning of an update on the Niles Burn run website regarding the July 19 event.

The popular motorcycle ride and fundraising event for the Great Lakes Burn Camp, which helps children who are burn survivors, is usually a three-day event filled with vendors and food.

With the camp being canceled this year and events faced with the COVID-19 precautions and mandates, Niles Burn Run president Steve Aldoph has decided to postpone the 20th anniversary of the event to a later time. It was originally scheduled for July 19 to 21.

“We are not going to be able to have our event as it has been in the past where it’s the whole weekend,” Adolph said. “We are leaving the door open because we still have the insurance all ready to host the ride portion of the event. Once the state of Michigan is open to have somewhere between 1,000 to 3,000 people gather, then we can have our ride. But nobody knows what is going to happen.”

Adolph holds hope that the ride may be able to happen later this summer.

“It might not be until September. We will probably have a three-week notice,” Adolph said.

“We had 600 of them made. We wanted it to be special for the first 600 people to register,” he said. “We are going to make the 21st anniversary a really special, co-event to celebrate our 20th and 21st anniversaries together.”

Adolph has been president of the event for between four and five years, but involved for closer to 15.

“I started with the Niles Burn Run back when Main Street was no longer a federal highway, so we were able to actually block it off to host the festival there,” Adolph said.

Even without the event itself this year, he and the event organizers recognize the continuing need to fundraise for the Great Lakes Burn Camp. The camp offers opportunities in the summer and winter, as well as the Mike Longnecker Scholarship. The Niles Burn Run has a portion of its website set aside to accept donations, and is also set up with Amazon Smile, an Amazon program in which customers may donate a portion of proceeds to qualifying non-profits, as “Niles Burn Run Inc.”

Outside of the Niles Burn Run, motorcycles are still a big part of the celebration for the children attending the camp over the summer.

The camp is for children 7 to 17 years of age. According to Adolph, when it is time for them to arrive for the summer camp programming, there are between 400 and 600 motorcycles and riders to join in a welcome parade for the children.

“We do an escort from the stadium in Kalamazoo to Pretty Lake to the camp,” Adolph said. “These kids, they’re not just in cars. They get the local fire departments to help and each camper gets to ride in their own fire truck. They wear the helmets and the microphones, and they’re in charge of the sirens and the horns. There is a point when the kids all release the sirens and horns at the same time. Then they are on their way to camp where they check in and start their activities.”

Adolph said students who grow up through the camp often come back as camp counselors after they turn 18.

“[The camp does] some really cool stuff for these kids,” he said. “It’s all free. There’s no charge for that because of groups like the Niles Burn Run.”