Whitaker to play for tour championship 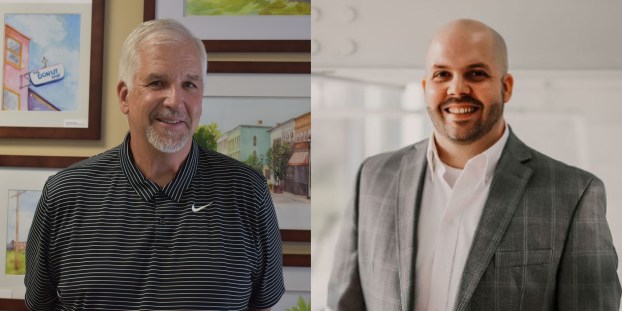 BUCHANAN — Rob Habicht’s office in the front of the Michigan Gateway Community Foundation has drywall patching where he had hung frames for the past 20 years. It is one of the latest signs he is preparing to leave his front office, which faces Days Avenue. From the window, Habicht has been able to look out on the Buchanan Common across the street. The office is centrally located in the heart of downtown Buchanan, right where Habicht needed to be for 20 years.

As the office gets a new coat of paint, it will also be the office of a new chief executive officer and president. On Oct. 1, Michael P. Rowland, of Buchanan, will step into the lead role of the foundation.

Habicht began the retirement process in 2018, and formally announced at the inaugural community update meeting in September 2019 the foundation had a succession and strategic plan crafted.

On July 17, the Board of Trustees for the Michigan Gateway Community Foundation, which serves both south Berrien and Cass counties, named Rowland’s appointment.

Rowland will be leaving his former position as business development officer for Honor Credit Union. He has held that position since 2017.

“I am honored and excited for this new opportunity to lead an organization that does so much for the quality of life in our area,” Rowland said. “I believe that our communities are stronger when caring people support the community foundation in its mission of fostering a community of philanthropy, for good, forever.”

“Michael has partnered with businesses in our community with his extensive knowledge of individualized solutions for Main Street,” McFarland said.  “[He] has been an asset to honor, and while we are sad to see him leave our team, we believe his skills will be a significant asset to Michigan Gateway Community Foundation for years to come.”

After serving in the position for 20 years, Habicht said relaxing is a part of his plan going forward.

“I’ve got a retirement plan on how I’m going to spend my time, but I don’t have a lot of particulars or specifics. I have a lot of ideas,” he said.

Habicht grew up in Buchanan, and returned to the area in 1990 after serving as a YMCA camp director. He took the position of director with the United Way of Greater Niles at the beginning of the 1990s, and stayed in that position for a decade.

“My predecessor [at MGCF], Marline Gauer, one day said ‘I’m planning to retire in six months. You would like this job,’” he said. “I said, ‘I think you’re right,’ and I applied.”

During the time he worked at the United Way of Greater Niles, Habicht volunteered and served on boards in Cass County. The transition to president and CEO of the Michigan Gateway Community Foundation made sense.

Habicht remembered the busiest times of working with the community, whether it was with the United Way of Greater Niles or the Michigan Gateway Community Foundation.

“Wherever I would go, with my kids for instance,” he said. “You’re out and around and you meet a lot of people and interact. We would be out shopping and, of course, I’d have to stop every 10 feet to talk to somebody. One of my kids said, ‘do you know everybody in town?’ I think I answered, ‘No, but I’m working on it.’”

During his 20 years with the community foundation, Habicht said the biggest community impact action he was involved in was receiving the estate gift that would establish the Buchanan Promise. The Buchanan Promise is a promise scholarship available to graduates from Buchanan Community Schools, beginning in spring 2017.

“It was a really big deal,” Habicht said. “With [the estate gift] came a responsibility to do the right thing and make a good impact with somebody’s generosity to the community. We started down a path of putting a promise program together for the students and families of Buchanan. It was a huge undertaking.”

He praised the efforts of dedication of volunteers to help make everything work.

“We would have lots of three-hour meetings. Nobody ever missed a meeting,” he said. “They were really, totally engaged in this because it was such a great opportunity for the community. I think that’s the highlight of the 20 years, having that come to us and being able to turn it into something that is going to have a long-lasting impact on Buchanan.”

As Habicht reflected on his time as president and CEO at Gateway, he spoke to the value of the community members who volunteered with the foundation through his tenure.

“Some of the board members have been involved since before me, so we have been working together for my 20 years,” he said. “That means they’re really dedicated. I think my job was to make sure they had a meaningful job doing something they really wanted to do.”

Louis A. Desenberg, board of trustees chair for the foundation, spoke on behalf of the board, thanking Habicht.

“We very much appreciate Rob’s service to Michigan Gateway over the last 20 years,” Desenberg said. “Our growth has been steady and our service to the community has grown under his direction. Michael Rowland has the right philosophy, experience and skills to take the foundation to new heights in the years ahead.” 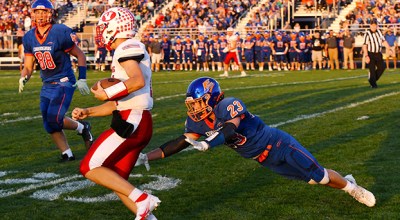 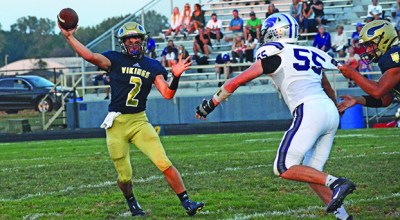 LASATA: Made in Michigan!