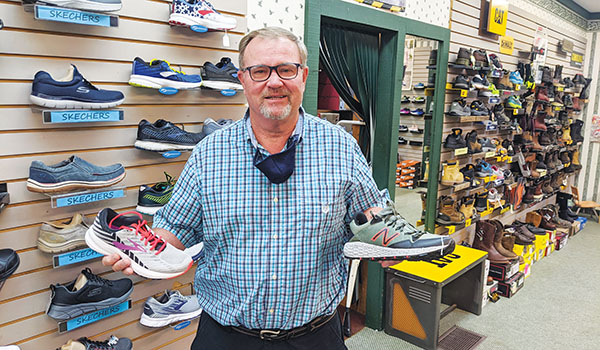 Underwood Shoes to close after 70 years in Dowagiac

DOWAGIAC — A longtime Dowagiac business is having a store-closing celebration because its owner is retiring.

Underwood Shoes, which has been a fixture in downtown Dowagiac for 70 years, is making preparations for an inventory liquidation sale that will begin on Aug. 24, said owner Tom Underwood.

“We’ve been here for quite a while, and it’s time for retirement,” Underwood said. “It’s not  feasible for our kids to take it over. Family-owned shoe stores are kind of like dinosaurs — you just don’t see them anymore. When I first took over the business, there used to be over 125 independent retailers in the state of Michigan. Now when we go to a meeting, there may be 50 total in four neighboring states.”According to Underwood, every item in the liquidation sale will be from 30 to 80 percent off.

“The selection will be better if you shop early,” Underwood said.

Underwood, who owns the building, plans on closing the store by November and will likely lease both the retail area and the apartment on the second floor.

“As Tom moves closer to retirement, we certainly wish him well in the next chapter of his life,” said Vickie Phillipson, program director for the Greater Dowagiac Chamber of Commerce and Downtown Development Authority. “Every downtown has a certain ebb and flow to it. Dowagiac is no different. We were blessed for many, many years to be the home of several second and third-generation, family-owned businesses like Underwood’s. Over the years, when times were tough economically, it was these multi-generational businesses that stood the test of time. They were the backbone of our community and of our central business district. When times were tough, they adapted to change. They survived, when many others did not.”

Tom’s father, John Underwood, founded Underwood Shoes in 1948 and moved the business to its present location, 147 S. Front Street, in 1950. Stores came and went over the years, but Underwood Shoes stood as a model of stability for downtown Dowagiac.

“In time, everything comes to an end,” Phillipson said. “Over the years, we’ve said goodbye to Phillipson’s and Oppeheim’s men’s wear, the Steinman family and, most recently, to Dick Judd when he retired.  We also saw the changing of the guard with the sale of The Marshall Shoppe from second-generation owner Sue Kazlauskas to her friend, Cathy Franz. Just like these stores, Underwood’s held an essential position and role in our central business district, providing needed merchandise, and convenient and friendly service. They have also contributed economically to our community. Family-owned businesses are one of the very first to respond to the needs of our community by providing donations to Little League and other civic causes.”

Serving the community was an important aspect of the job for both Underwood and his father.

“My father started store accounts and helped people who couldn’t afford shoes,” Underwood said. “He would take payments from them, and we carried on with that. We were helping families out that needed help. That made us feel like we were serving the community.”

For Underwood, the diversity and loyalty of the Dowagiac community were his favorite aspects of the job.

“We have people from all walks of life,” Underwood said. “Everybody seems to get along. That’s what we like about this community. We’ve got a lot of loyal customers. That’s what kept us going all these years. Our intentions are to stay in this area. We’re Dowagiac people. My dad raised four kids here and I’ve raised three.”

According to Underwood, the store purchased men’s clothing store I. Oppenheim’s roughly 15 years ago and added tuxedos and tuxedo rentals to its list of services.

“We’ve put a lot of kids in tuxes for prom and stuff,” Underwood said. “We’ve done a lot of weddings. There are two dance companies in town and we supply tights and dance shoes for them.”

While the closing process has been bittersweet, Underwood looks forward to retirement and spending more time with his family.

“We’ve got kids scattered all over the country,” Underwood said. “We plan on spending time with them, visiting. I’ve got a fishing boat that I’ve only been in once this year, so I would like to fish. I like to golf. My wife would like to retire by the end of the year. Yeah, I guess the plan is to just grow old together, I guess. We’ll go off into the sunset.” 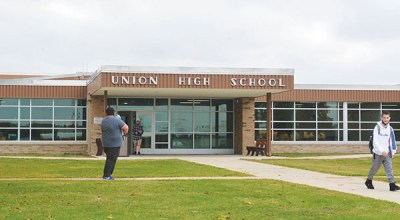 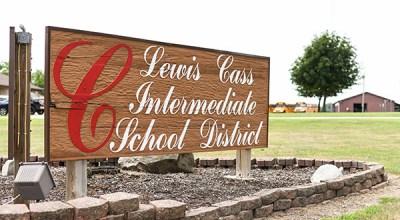 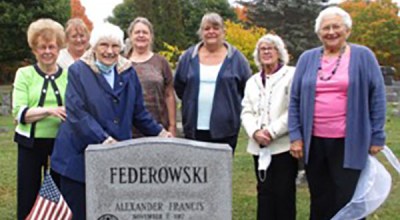