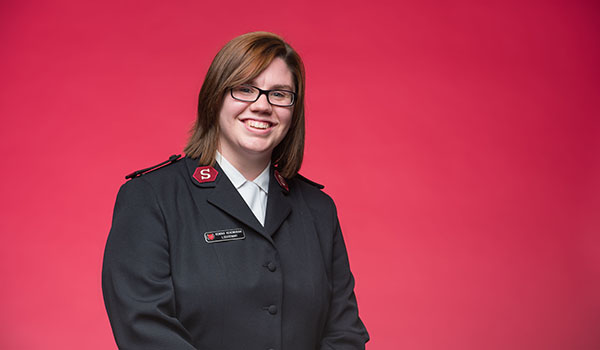 NILES — The COVID-19 pandemic has forced Americans to turn to virtual options for many things — from meetings to shopping to grocery delivery and more.

This week, a local charity is turning to the web to host a virtual bake sale.

Until Sunday, the Niles Salvation Army, which serves Berrien and Cass counties, will be taking orders for brownies, cookies, candy bars and masks. Items range from $1 to $7 and can be ordered by emailing Niles Salvation Army Lt. Kendra Hixenbaugh at kendra.hixenbaugh@usc.salvationarmy.org.

All items sold will be made by the Niles Salvation Army’s women’s ministry group.

With the money raised, the group will support Salvation Army missions around the globe, support a small project at the Niles Salvation Army and help seminary students.

“We haven’t talked about what the Niles facility’s project will be yet,” Hixenbaugh said. “In the past, we have bought utensils to improve the kitchen and things like that. We want to give to the world missions and the seminary students first. We will use whatever is left for our project.”

Hixenbaugh said the virtual fundraiser was taking place of a fundraiser traditionally hosted during the Four Flags Apple Festival Parade. However, as that event was canceled due to the COVID-19 pandemic, Hixenbaugh and the women’s ministry group had to get creative. That is when members settled on hosting a virtual fundraiser.

The idea of hosting a virtual fundraiser was an adjustment, but one Hixenbaugh said she has gotten used to as the Salvation Army has offered many of its services online or over the phone throughout the COVID-19 pandemic.

Typically, Hixenbaugh said the women’s group would raise around $300 from the sale during the Apple Festival parade. This year, she said she would be grateful for anything the community could give.

“I’m excited for this fundraiser,” she said. “If this doesn’t work, we will have to find some way else to raise the money.”

“That time of year is coming fast,” she said. “We know we have a lot of families who will need help during that time, so [giving to the Christmas campaign] is also a great way to give back.”