Niles soccer team too much for Cassopolis in 8-0… 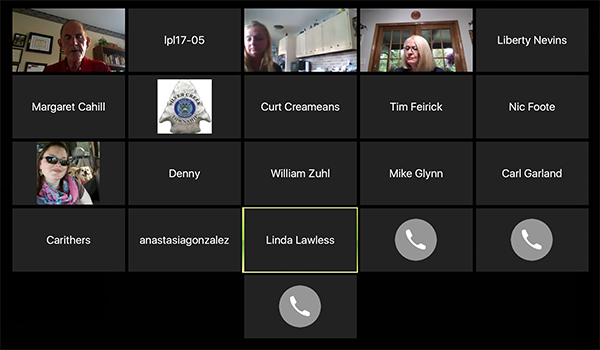 Wednesday evening, the Silver Creek Township Planning Commission met via Zoom. During the meeting, corner lot setbacks and short-term rentals were discussed, but neither were voted on.

In the first business of the night, a public hearing was hosted to amend section 155.023 regarding double frontage lots. The current requirement is for setback on the street side of a corner lot to be the same as required for that lot’s front yard. The proposed amendment would require the setback on the street side yard of a corner lot to be half the distance of the front yard setback in the district in which the property lies.

According to a memo from the planning commission, “This proposal would give substantial relief to our residents who own corner lots and keep with the spirit of the original intent of the ordinance. With this change in the waterfront district, the new roadside setback would be 15 feet, which is still 8 feet more than the typical side yard setback for any interior lot, within the same district.”

During the public comment section, there were residents on either side of the issue.

Resident Vicki Foote opposed the amendment, saying that it would work in some cases, but could cause problems in neighborhoods like hers.

“I live on a corner lot,” she said. “When you look at just one corner lot, it might not seem like a big deal, but from where I sit, if one of these lots got an additional 15 feet to build, you could be boxed in. That does have an effect. It is going to change the feel of this neighborhood. It is going to change property values. I feel it should be a case by case issue.”

On the other side of the issue, resident Kathy Bailey said the current ordinance has made it difficult for her to build a garage. She said she needs a garage to provide her, a senior citizen, safety in the winter when getting to her car.

“This ordinance is very important to me to change,” she said.

Ultimately, the matter was tabled until the October meeting as letters potentially regarding the proposed amendment were not presented to the board at the official meeting.

“Unfortunately, we cannot go forward with this meeting knowing there are seven or eight letters out there that could have a bearing on our decision this evening,” said Planning Commission Chairman Terry Harris.

During the regular meeting, the planning commission provided an update in terms of a potential short-term rental ordinance to regulate property owners who rent their homes out through services such as Airbnb.

The topic was first brought to the commission last month when Township Building and Zoning Administrator Todd Herter told the board that an ordinance needed to be made. Without one, short-term rentals were not technically permitted within township limits, as the area is zoned as a single-family zoning district.

Wednesday, Harris said there were few updates to give on the matter, but he reported the planning commission had received approval from the township supervisor to move forward with the development of a short-term rental vacation ordinance.

Along with the township attorney, Herter is currently collecting information to draft the ordinance.

“Once we have a draft of that proposal, it will be brought before the commission for discussion and a public hearing,” Harris said. “We are in the early stages of possibly developing that ordinance.”