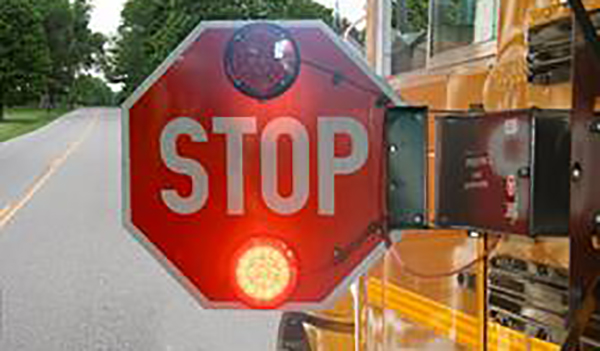 LANSING — Starting today, law enforcement officers throughout Michigan will be ramping up patrols of motorists illegally passing school buses. Operation Safe Stop is part of national School Bus Safety Week, which runs October 19-23. In 2019, nearly 2,100 citations were issued to drivers for failing to stop for a school bus, the most in the last 10 years.

“We learn it as kindergarteners; red means stop. It’s as simple as that,” said Michael L. Prince, director of the Michigan Office of Highway Safety Planning. “Even with remote learning happening throughout the state, buses are still on the road. When you see the flashing lights, stop.”

According to the Michigan State Police Criminal Justice Information Center, there were 1,197 crashes involving school buses in Michigan in 2019. Of those, 114 happened at bus stops. From the bus stop crashes, there were 42 injuries. Michigan bus drivers conducted a one-day survey in May 2019. In just that one day, the 1,373 participating bus drivers reported 508 times that a motorist passed a school bus illegally.

“Every time a driver ignores the flashing lights or stop arm of a bus, they are putting a student’s life in danger,” said Kellie Dean, president and CEO of Dean Transportation. “Operation Safe Stop will help keep students safe and will educate drivers on how to safely share the road with buses.”

The MSP Calumet Post received a 2019 Outstanding Traffic Safety Award for its efforts in reducing illegal school bus passing in the Calumet area. The post distributed educational materials and dedicated 74 hours to patrol for this violation. At the conclusion of the initiative, school bus drivers reported fewer problems.