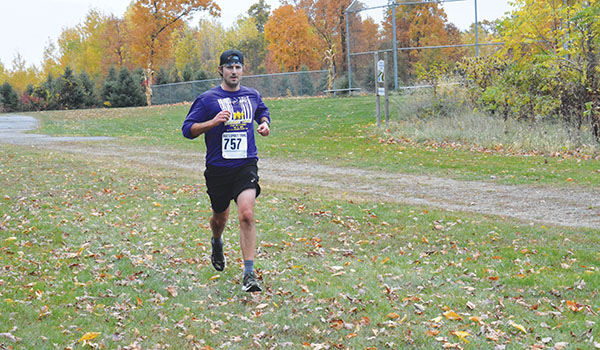 VANDALIA — The winding trails of Dr. T.K. Lawless Park played host to one of the largest running events in the area on Sunday.

Directed by Rotarian Ron Gunn, the races included a half-marathon, a 10K run and walk, a 5K run and walk and a 1K kids’ fun run. Proceeds from the race will benefit the Dowagiac Rotary Club.

Several Rotarians were on hand to volunteer, as well as students from Dowagiac Union High School’s Interact club, a club sponsored by Rotary that in turn provide leadership.

“It’s just a great curse,” said Rotarian Larry Crandall, who helped coordinate the event. “It’s really beautiful out here. This park is like a hidden gem. You’re not going to drive by this place, you have to look for it.”
According to Crandall, a record number of 338 people registered for this event, including people from Michiana and beyond.

“I was talking to a guy who said he and his cousin came over from Chicago,” Crandall said. “He said they’ve been here before. They got up at 6 a.m. in the morning and drove over because they love his run.”

Steps were taken to make sure that the races were as safe as possible in light of the ongoing COVID-19 pandemic. Gunn implemented staggered starts to allow runners to be as socially distant as possible. Check-ins were done online, and everyone on site was asked to wear a mask or face covering

Runners were given computer chips to determine their time upon crossing the finish line. This year’s race did not feature awards.

5K participant Zach Schaefer crossed the finish line first with a time of 25:53.8, He said he enjoyed the race.

“It was beautiful,” Schaefer said. “There were a lot of hills which I wasn’t expecting for my first time running this course. It’s just beautiful back there. I should’ve trained on some more hills when I was back home.”

A resident of Hastings, Michigan, Schaefer heard about the race from his brother, who lives in South Bend.

“We like to run races together,” Schaefer said. “We found this one kind of in the halfway point for us both, so we landed here.”

WIth the majority of races being reconfigured to virtual races this year due to the pandemic, The Sandhill Crane All Trails Races was seen as an oasis of sorts for runners in the area.

“It was great to be able to get back into the groove,” Schaefer said. “With everything going on, there just haven’t been many races.” 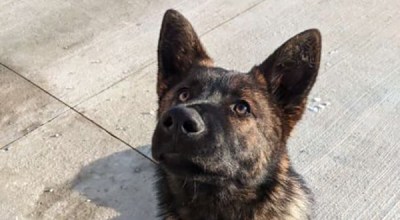