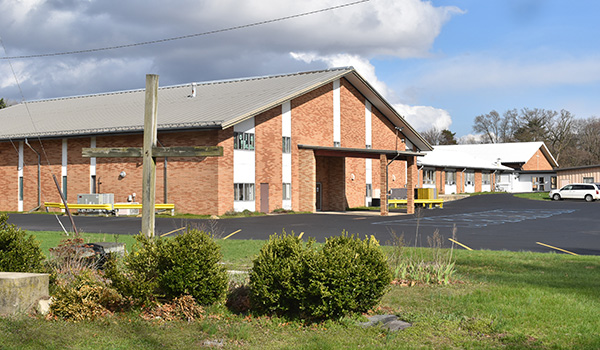 NILES — A string of confirmed COVID-19 cases have stemmed from services hosted at a Niles church, according to the Berrien County Health Department.

“I can say, in generality, that we have seen a handful of cases that have reported testing positive from the Michiana Christian Embassy Church in Niles,” said Berrien County Health Department Communications Manager Gillian Conrad. “We can confirm we have had cases in Berrien County residents [from the church].”

While confirmed COVID-19 numbers are difficult to come by for the Michiana Christian Embassy congregation, according to Conrad, they have confirmed multiple positive cases of the virus linked back to the church.

Due to the church’s location, near the Indiana-Michigan state line and on the border between Cass and Berrien counties, Conrad said it was not possible for her to know how many cases were directly linked to the church’s services, but said the cases that have been confirmed are a reminder for individuals to take preventative actions themselves. Wearing masks, social distancing and hand washing were all vital reminders from the health department.

“This is not the first situation where we have seen cases linked to a church,” Conrad said. “My guess is that it will not be the last, but it is an extremely important reminder that as people are introducing certain levels of risk into their life by say, attending church in person, that they continue to take those personal, preventative actions and really think very hard about what level of risk they are willing to accept in their life.”

On Friday morning, a post from Mike Stowe was shared on Facebook over 60 times, meeting concern from community members.

“Both my mother and stepfather are in the hospital. My stepfather has been in the intensive care unit and not doing well,” Stowe’s post said. “My mother was taken in today.”

Stowe, concerned about his mother and stepfather’s health, acknowledged they had worn their face masks and taken precautions in nearly every other instance of interacting with the public. They had even used curbside pickup for groceries. But they did not wear face masks at church.

“I can’t say for sure if [mask wearing] was discouraged, but I know it wasn’t encouraged,” Stowe said.

The post gathered a response from community members around the region, including Pastor Jeffrey Whittaker, leader of Michiana Christian Embassy, posting a response.

“Much of the present controversies surround the differences of opinion among medical professional regarding the efficacy of mask wearing for prevention, as well as the eventual goal of achieving some measure of herd immunity, coupled with effective therapeutic,” Whittaker said in the post.

Monday, Whittaker said the church has been meeting for services since Easter. The church’s Easter service was a drive-in service, with attendees tuning in to an FM radio channel to hear the message and music.

“We brought everybody [indoors] in July, when it got up into the 90s [degrees],” Whittaker said. “We didn’t want to exchange one risk for another. It was just a couple of weeks before Halloween when we became aware that some of our people had been touched by COVID-19. Our people were affected. Thankfully, they are already getting back to work and everything else.”

He said the church had tried to do everything right by recommended precautions.

According to Whittaker, the church has been encouraging social distancing, extra handwashing and providing hand sanitizer.

“We had the same policy as the Centers for Disease Control and Prevention, you need to sit where you’re comfortable taking care of those around you,” Whittaker said. “Feel free to wear a mask. We had a number of people, especially the elderly, that did and still are.”

He said the staff has been disinfecting the door handles and fixtures. The church has also canceled events, like its fall family fun night.

“We usually average at least 200 attendees that potentially aren’t related to each other,” Whittaker said. “So, you don’t have that intimate confidence in each other. We are just going one day at a time.”

Whittaker later said he has noticed community members have begun living in fear.

“It’s a concern of moving from concern into phobia,” Whittaker said.

He said, while out in the community running errands, he tries to make it a point to smile at people and greet them. Even with a face mask on, he tries to convey a smile through his eyes. He said many do not respond.

As of Tuesday morning, Michiana Christian Embassy had notifications on its website and Facebook page inviting worshipers to attend in-person services and Bible studies. Atop the webpage, in a red bar, reads “It was reported on the national news media this morning (10-19-20), that Global COVID-19 cases (NOT deaths) have reached 40 million. With a world population of 7 billion plus, that comes to less than .571 percent of the entire planet. Pray through and faith on.”

The Berrien County Health Department updates its COVID-19 Summary dashboard each day at 3 p.m. As of Monday afternoon, there were 3,206 total confirmed and probable cases of COVID-19 in the Berrien County area. Of those, 2,278 were counted as recovered.

The BCHD continues to push for area leadership to practice healthy precautions.

Conrad confirmed it was important for spaces where people gather to have precautions encouraged by leaders.

“We do believe that it is generally whoever is leading the things, the head of an organization, the leader of a church, if there’s an endorsement and culture setting for that space to be taking those preventative steps like wearing masks and socially distancing, people do follow with those,” Conrad said. “We highly encourage all leaders without our community, event organizers, people who are going to be able to set those norms for anybody showing up in the space, that they do so.”