NOTRE DAME, Ind.  — Under normal circumstances, the green glow sticks would have been twirling and green coupon cards distributed for hitting the famous 88-point marker, but the No. 22 Notre Dame women’s basketball squad still took care of business to earn an 88-68 victory over Miami (Ohio).

The Fighting Irish (1-1) boasted four players in double-figures, including a game-high of 24 from Destinee Walker.
Anaya Peoples notched her second straight double-double with 14 points and 11 rebounds on the day. The sophomore stuffed the stat sheet Sunday by also supplying five steals and five assists as well.

Freshman Maddy Westbeld came very close to her first double-double in Purcell, finishing with 19 points, on 9-of-18 shooting, and nine boards. Abby Prohaska then joined the fun with a career-best 10 points.

“I’m so excited. This is something I’ve dreamt about and visualized for a while,” said Notre Dame Head Coach Niele Ivey. “To be the head coach walking into Purcell Pavilion was an absolute dream come true. I was more emotional on Friday with it being the first game, but I was completely focused today. Really happy with how we bounced back. A lot of newcomers who showed some fight and I’m really encouraged by that.”

Notre Dame notched seven assists on nine made field goals to garner a 19-11 lead at the end of the first quarter. The Irish ended the period on a 7-1 run, shooting 9-of-15 from the field — ultimately making five of their last six shots. Prohaska, Walker, Peoples and Amirah Abdur-Rahim all had four points, as the latter two had four rebounds to match.

The red-hot Irish attack reached the midway point with a 45-30 lead after shooting 62 percent (21-of-34) from the field. The Irish recorded 16 assists on 21 made field goals and earned 16 of said points on the fast break.

The duo of Westbeld and Walker picked up right where they left off in the second half, combining for nine of the team’s first 13 points. By the end of the third quarter, the Irish maintained its distance with a 62-46 lead, as both Westbeld and Walker boasted 17 points each.

By the time the final buzzer sounded, two other Notre Dame freshmen came close to finishing in double figures. Alli Campbell tallied eight points on the day, while Alasia Hayes finished with nine.

The Irish look to pick up a ranked win when they welcome No. 25/24 Michigan to Purcell Pavilion at 6 p.m. Thursday. The game can be seen on the ACC Network. 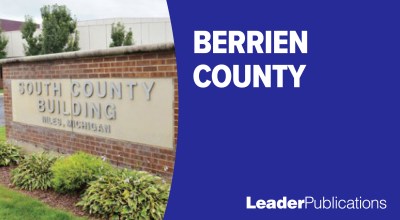