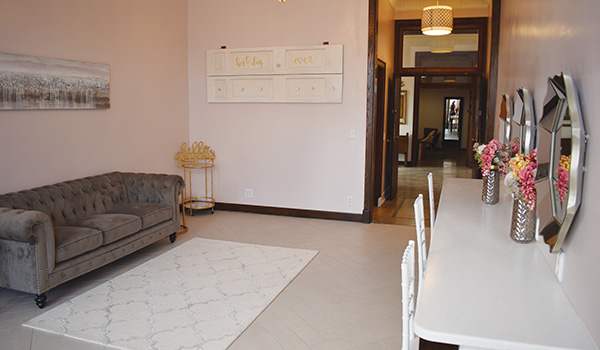 NILES – A different kind of shopping experience debuts this weekend at The Grand LV.

Without being able to host gatherings for months, Melanie Kennedy, owner of The Grand LV at 104 N. Third St., had to get creative.

This weekend, the venue will launch its “Small Shops,” a regularly occurring retail experience where small businesses and artisans can rent space to put their offerings in front of shoppers.

The Small Shops will be open 8 a.m. to 2 p.m. at The Grand LV on Saturday and Sunday.

On Saturday only, Mari Macrame, Bushelndapeck and Lantern Hill Soaps will be set up. Throughout the weekend, RoHo&Co., Glitz & Whirl LLC, Wallflower Boutique, The Love Spell Boutique, Michiana Apparel and Papa Chuck’s BBQ will be a part of the shops, with others pending.

The Grand LV has hosted markets and bazaars in the past, and Kennedy had seen how the set up could continue as a seasonal fixture.

“The major difference I can note from this [upcoming] weekend and our past markets is that there are a lot more boutique-type vendors this weekend,” Kennedy said.

Women’s apparel, jewelry, soaps, candles, locally produced BBQ sauces and more are slated to be among the offerings in the Small Shops’ debut weekend.

Most of the vendors will be housed in The State Room, the Grand LV’s large event space on the main floor. One vendor will be in the Bridal Suite, creating an even more boutique experience.

Kennedy said despite the lower headcount coming through the doors, participating vendors, who had been a part of the markets before the pandemic arrived and after, reported tripling their sales at the market.

“That was shocking, but really cool,” Kennedy said.

Donny Kennedy, who co-owns the venue with his wife, Melanie, was impressed by the report.

“Even with the lower headcount, it didn’t influence the business [vendors] did,” Donny said. “It showed that there has been really good support from the community, and people really are following through on shopping local, which is greatly appreciated. Buying from a small artisan versus a big box store does actually help.”

More event information may be found at The Grand LV’s Facebook page.