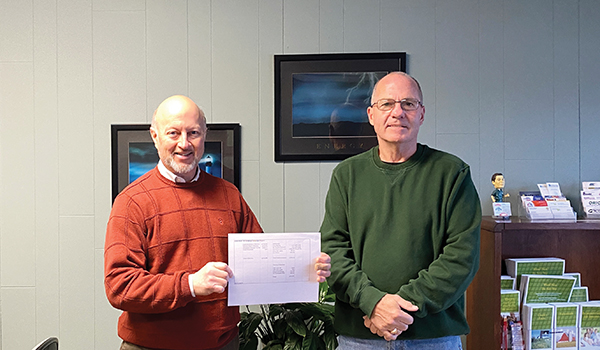 DOWAGIAC — C. Wimberley Automotive’s 11th annual Feed the Hungry campaign has much to be thankful for.

Each year, the Feed the Hungry program works to raise $20,000 worth of donations to provide food items to area food pantries. The funds will be used by ACTION Ministries — a collaboration of six area churches that administers to individuals and families in the Dowagiac area — to bring more than 20 mobile food pantries to the area, each with 5,000 to 7,500 pounds of food to be distributed in Cass County.

For every $1 Feed the Hungry raises, ACTION ministries can purchase $6 worth of food.

“On behalf of all who participated, organized, collected and managed this year’s campaign, we wish to thank those who contributed for exceeding all expectations,” said Jeff Neumann, the media liaison of ACTION Ministries. “Thank you all for your generosity and thoughts for others during this difficult year.”

Neumann said he was blown away by the community’s generosity.

“It’s very humbling,” he said. “It has been a difficult year, but it is encouraging to see the outpouring support from everybody. We had a lot of longtime givers, and they gave as much as ever, and we had new people to sweeten the pot. I’m glad we had the opportunity to do this.”

With the pandemic, organizations across the country have had to adapt when it came to fundraisers. According to Neumann, campaign operations did not change much. He highlighted the work of campaign spokesperson and lead fundraiser Jim Allen as a key cog in the campaign’s success.

“Jim did his door to door thing,” Neumann said. “Were able to utilize PayPal more than in the past. I think some unsolicited gifts came in because of the difficulty so many people are facing. The results are less about our effort and more about the generosity we have received.”

Neumann believes the rapport and trust the campaign has garnered from the community is a factor in the success it experienced this year.

“We’ve been doing it for 11 years,” he said. “We do what we say we’re going to do. Some people and groups have been doing better financially than usual. Grocery, retail and certain industries have seen a boon in business. When people do well, they will donate extra funds to people they feel they need it. It was the perfect storm.”