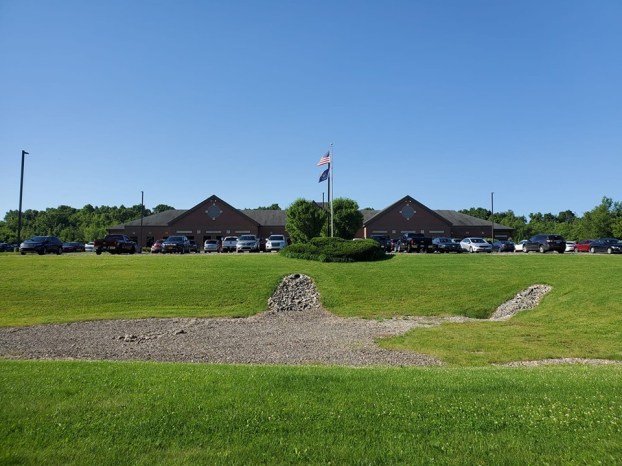 DOWAGIAC — The ongoing COVID-19 pandemic has impacted people from all over the world, including those suffering from substance abuse and mental illness.

Cass County Chief Judge Susan Dobrich has been a judge for 26 years and was a major factor of the development of the county’s modern treatment court system.

The system was spearheaded by Dobrich in the early 2000s. She said the county’s treatment courts serve an important role in the community by focusing on rehabilitation instead of punishment to save lives and reunite families.

“COVID has hit vulnerable populations hard,” Dobrich said. “It’s hard to run treatment programs. Almost everything has to be done by Zoom. Drug screening has had setbacks, and parents and family are unable to visit.”

Random drug screens are an important aspect of the recovery process, according to Dobrich.

“They’re a motivator for people to stay sober,” she said. “It lets us know when they need treatment. It is one of the key components to running the court.”

Dobrich, a former president of the Michigan Association of Treatment Court Professionals, said that the state has made progress with opioid addiction over the past five years.

“Doctors are doing a much better job than they have historically with opiates and how much they prescribe,” she said.

According to Dobrich, Cass County has long struggled with methamphetamine. The drug was primarily home grown for years until recently, with most of today’s meth cases being pharmaceutical based and produced in Mexico. The county has ‘clamped down’ on opioids but that has had an unintended consequence.

“We saw with individuals that their addiction was primarily a drug of choice like meth, cocaine and alcohol,” she said. “Now what we’re seeing is less drugs of choice and more of what people can get, and some of that is a result of the success we had with clamping down on opiates.“

In Cass County and statewide, courts are finding that drugs laced with Fentanyl are on the rise. Fentanyl is a powerful synthetic opioid analgesic that is similar to morphine but is 50 to 100 times more potent.

Dobrich went on to say that the stress from social isolation and other COVID-19 related life changes have led to more instances of substance use and misuse. There are also health risks resulting from chronic alcohol and drug use because it weakens the immune system and puts stress on the body’s cardiovascular and respiratory systems.

“The lack of seeing each other and the lack of support is difficult,” Dobrich said. “We have to be more creative with that. We have had quite a few suicides, and the number of mental health cases skyrocketed. Isolation is not good.”

While the negative aspects of the COVID-19 pandemic are numerous, Dobrich said that it has changed certain aspects of operation for the better. Her court is in the process of adopting Project Extension for Community Care Outcomes, or ECHO, for use in the courts.

“Society has had to become more tech savvy, which is good,” Dobrich said. “Telemedicine is good. We will be using ECHO Project’s model to get addiction treatment info to smaller groups. The pandemic has forced us to work smarter. Good things will come out of this.”

When it comes to addiction and substance abuse, Dobrich urges the community to refrain from rushing to judgment and to be sympathetic to the situation.

“I think the number one thing to remember is that addiction is a brain disease,” she said. “We have to work together to help individuals with addiction. Punishing them doesn’t help without proper procedures and support in place. Individuals who are addicts aren’t necessarily criminals. The conception is only bad people are using it so it’s important that people understand that it could be your family member. You would want them to have treatment.”