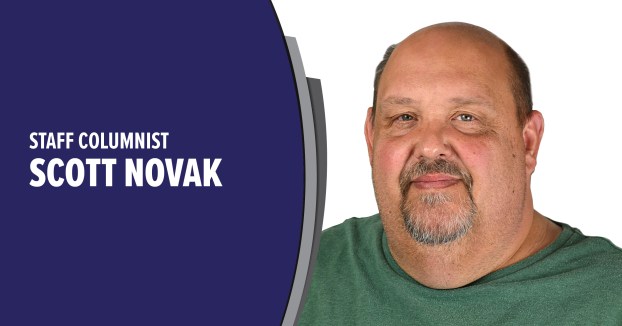 I am going to kick myself for beginning to believe that we were going to get through the winter sports season unscathed.

Just when I thought it was safe to let myself start thinking about the postseason, and which of our teams would have the best shot at making long runs in the state tournament, I started seeing stories online about several schools going into quarantines or canceling five games because of COVID-19 issues.

I should have known better. I should have learned from last March — or this past November —when everything came to a screeching halt. I hope I am wrong, but my mind is now transfixed on how far we will get before the state has to pull the plug again.

So far, to my knowledge, no games been moved or canceled due to COVID in our region. The teams I have been reading about are on the other side of the state — teams like Saginaw, Ypsilanti Lincoln and Grand Blanc. Hopefully, the issues they are having stay on that side of the state so we can get through the next few weeks of the regular season.

It has been a strange winter sports season so far. I have to continue to rely on the calendar as, after more than 30 years of covering high school sports at a certain time, and on certain days, my world, like everyone else’s, has been turned upside down.

There are games six days a week. Sports traditionally played on certain days scattered throughout the week have more than gotten me confused. But I will give credit to all the athletic directors I work with because they have kept me abreast of any changes to the events.

This has to be one of the toughest years ever for an athletic director. Never before have they had to reshape their schedules continually. Sometimes. it is by the week, other times by the day. Instead of getting schedules ready well in advance of the seasons and then making changes occasionally due to weather or another related issue, they have had to rework their schedules constantly.

If the winter of 2020-21 sports calendar was anything like normal, we would have already started the team and individual state wrestling tournaments. Girls basketball teams would be in the home stretch of their regular-season schedules with an eye on the district tournament, which would normally start next week, with the boys district tournament set to begin the following week.

We are still a long way from the start of all three tournaments. Will we get to the postseason? Only time will tell. I can only pray that there is no repeat of the 2019-20 season when the state tournaments had to be suspended and eventually canceled. That would be almost too much to bear for the players, the coaches and the fans.

We are only a couple of weeks away from the beginning of spring sports practice, which as of now, is set for March 22. I feel pretty confident about getting spring sports in because they are outside and most of them create natural social distancing. When you add a mask to the equation, I think we can get it done.

Scott Novak is sports editor for Leader Publications. He can be reached at scott.novak@leaderpub.com.