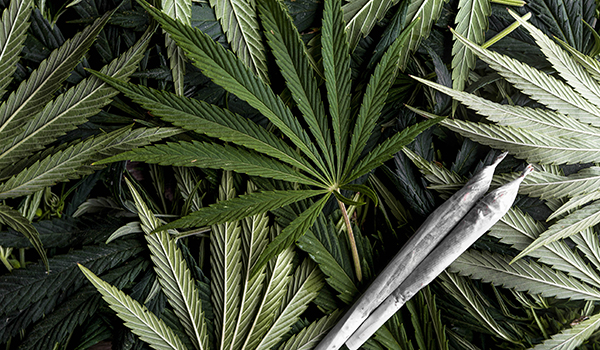 CASSOPOLIS — There is a battle brewing in Cassopolis’ Industrial Park.

Schwintek Inc., a Cassopolis manufacturing company, and High Top Buds LLC, a marijuana grow operation, are currently involved in a legal dispute regarding permitted land use in the Industrial Park.

In court documents, Schwintek argued that the Village of Cassopolis and High Top Buds LLC violated and improperly removed restrictive covenants, which restrict companies from engaging in certain acts, from the land to allow High Top Buds LLC to build a marijuana grow operation in the area. The documents argue that Schwintek will face immediate and irreparable harm if the marijuana grow operation continues in its location, as it would lower Schwintek’s property value and deprive the company of the value of the restrictive covenant.

“When we moved to the Cassopolis Industrial Park in 2006, we did so partly because of the property restrictions on what park property could be used for,” wrote Schwintek Inc President Mike Schwindaman in a prepared statement. “These restrictions both limited what we could but also assured us that only industrial business like ours could be nearby. In addition to protecting us, the restrictions also served as a buffer between the middle school and other businesses that may not be appropriately located near a school. For years, we enjoyed building and expanding our business in Cassopolis, and we looked forward to further expanding it more in the future.  Unfortunately, the Village decided to try to sell all the remaining property in the park to a marijuana growing operation, including the portion that actually shares a border with the middle school. They did that without complying with Michigan’s Open Meetings Act.  Worse, they then tried to revoke all the restrictive covenants for the grower’s property.  Those covenants say that you can’t grow marijuana inside the industrial park.

We’ve been forced to file suit because we think (1) governments should be transparent and (2) contracts should mean something.  We’re only asking for the Court to set things right by (1) enforcing the covenants that we’ve respected for years, and still are, and (2) stopping the improper grow operation.”

“Schwintek’s complaint sets forth baseless allegations designed to harm our business and delay a major investment in the Village of Cassopolis. We plan to defend this matter aggressively and are confident the court will ultimately allow this investment to proceed,” the statement reads.

“Specifically, we plan to invest nearly $50 million toward developing our cultivation and processing operations at the Labar Industrial Park. This investment is projected to bring in hundreds of jobs and significant revenue to the Village from taxes and electric, water and sewer payments. These operations will be fully indoor with state-of-the-art HVAC systems. The buildings will have aesthetically pleasing façades and landscaping, as well as robust security systems, including 24-7 human and video security surveillance.  In sum, our operation is no different than any other commercial operation for which the industrial park was created and will be done professionally and with the care and security of the village first in mind. Ultimately, HTB believes it can contribute to the village of Cassopolis becoming a powerhouse of southwest Michigan.”

Schwintek has also argued that the village of Cassopolis violated the Open Meetings Act regarding the way it recorded the sale of the Industrial Park property in its meeting minutes. Though the village’s attorney, Nancy Mullet, could not be reached for comment as of publication, Mullet argued in court Wednesday that no violation of the OMA had taken place.

With a temporary restraining order in place, both Schwintek and High Top Buds LLC said they are prepared to continue to argue their positions in court.

“We appreciate the careful consideration that the court has already given to our claims,” said Williams, Schwintek’s attorney. “We look forward to laying our case out further over the coming weeks.”