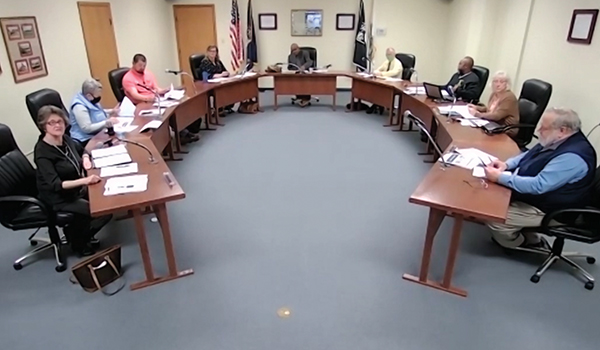 CASSOPOLIS — The Cass County Board of Commissioners voted to urge Gov. Gretchen Whitmer to take a regional approach to COVID-19 restrictions at its regular meeting Thursday.

In the resolution passed unanimously by commissioners, commissioners called upon the governor to “implement a new, regional approach to mitigation that values local input; takes cases, vaccinations, seasonality and regional differences into consideration; and sets clear benchmarks for the easing of restrictions on businesses for the public to follow.”

According to the resolution, the board believes that some state mandates that may be necessary for other counties may not be necessary for southwest Michigan due to increasing percent positivity rates, improved hospital capacity and an increasing number of vaccinations.

“While some local businesses may have received some governmental financial assistance, it was not enough to offset the losses of revenue due to closures and restrictions; thus, many local businesses have been forced to close permanently due to the irreparable economic harm they have experienced throughout this past year,” said Commissioner Roseann Marchetti, reading from the resolution document. “Many more will follow if the state does not adopt a new approach to mitigation policies.”

The resolution will be sent now be sent to the governor’s office.

According to the state’s MI Safe Start Map, Cass County remains at a risk level E, the highest on the map, with an 11.9 percent positivity rate and 297 new COVID-19 cases per million residents, as of Friday morning. According to numbers released by the Michigan Department of Health and Human Services Thursday afternoon, Cass County has seen 3,821 COVID-19 cases and 62 deaths since the beginning of the pandemic.

The vote for a regional approach came as many commissioners met in person for the first time in months, with the public attending virtually. To allow the public to continue to attend virtually, the board passed a resolution Thursday to support Senate Bill No. 207, which would expand the window for virtual meetings through June 30. Under current law, the window to allow virtual meetings expires March 31.

Due to continuing COVID-19 guidelines that include masking and social distancing, the resolution said the county does not have a facility that would allow the board of commissioners and the public to gather in one place for a meeting.

Now that it has passed, the resolution will be forwarded to the Michigan Association of Counties and all legislators representing Cass County.

Also Thursday, the board voted to declare a local state of emergency. Previously, the board declared a state of emergency on Dec. 3, 2020. At the time, commissioners said the declaration addressed a number of COVID-19 related items for the county, including allowing for virtual meetings and establishing a need for funding assistance from the state and federal governments.

“In the absence of a current state of Michigan-declared state of emergency, it is necessary

to declare a local state of emergency,” Marchetti said Thursday.

According to the resolution, the board “declares that a local state of emergency exists within our jurisdiction as of Dec. 3, 2020, and that local resources and funding are being utilized to the fullest possible extent, and the emergency operations plan will be partially or fully implemented as this pandemic necessitates.”

The declaration will remain in effect until Dec. 31, unless repealed by the board of commissioners.