BUCHANAN — Growing up, Buchanan native Kelsie Patrick grew up watching superheroes on the movie screen. Her favorite was always Wonder Woman, who she said she idolized as a child. 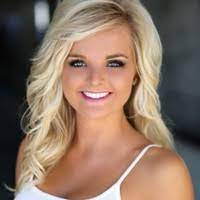 “What really draws me to her is that not only is she a woman, she embodies everything you stereotypically found in male superheroes,” Patrick said. “She embodied everything I wanted to be when I was growing and when I started my career path — not being afraid of anyone, not letting any obstacles get in my way, and just being strong, knowing who you are, and not letting anyone take that away from you.”

Now, Patrick can do more than just watch the characters she looked up to on the screen. She is going to be a part of the team that brings her favorite superheroes to life.

Patrick, 27, now living in Hermosa Beach, California, was hired this week to work as a digital content producer for DC Comics, which responsible for beloved superheroes such as Batman, Superman — and Patrick’s favorite, Wonder Woman. In the position, Patrick will create, shoot and edit daily video content for DC’s social media channels to promote the brand.

“I’m so excited just to get started and really go forward and make the most of it,” she said.

Patrick graduated from Buchanan High School in 2012 and Michigan State University in 2017 before taking on positions at the NFL Network, ESPN, Fox Sports and the Emmys. Though she had enjoyed the work she has done in each of her past positions, Patrick said she is ready to flex her creative muscles and create meaningful work at DC Comics.

“I’ve loved all of my jobs, but I’ve wanted to transition into things that really inspire people, and DC characters are really an inspiration for people everywhere and show how one person really can make a difference,” she said. “To be able to work with a company like that and to create content that can really inspire people to do good is something that really attracted me to the role.”

With nearly 90 years’ worth of history and millions of fans worldwide, DC Comics is a company some could be intimidated to work for. However, Patrick said she is not feeling nervous. Instead, she said she is confident that she is ready to take on her new role.

“With DC, it’s almost like a family feel because their following is so strong and their fans are so dedicated to the brand,” she said. “It’s so cool to know that when I am creating content for them, how much people will be inspired by it and enjoy it. This is what I have been working towards, and I’m really ready to take that next step and put my all into it.”

Patrick steps into her new role on April 19. When she does, she hopes she can inspire other women in her industry to follow their dreams the same way Wonder Woman inspired her so many years ago.

“I think it is super important that us women stick together, in the entertainment industry or really anywhere,” she said. “I hope my hard work will inspire young girls or peers to know that you can do anything as long as you put in the work and the effort. You can make anything a reality for yourself.”