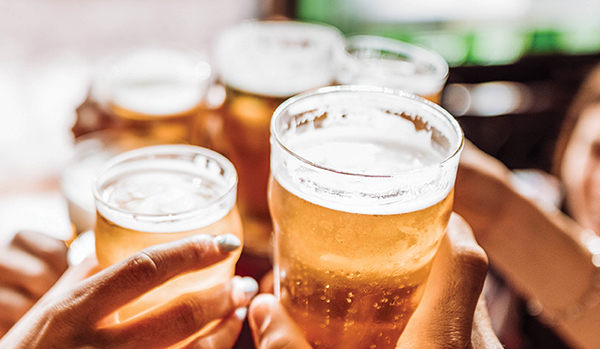 NILES – An official social district in Niles downtown was given a fresh pour toward its next step from the state on Tuesday.

The Michigan Department of Licensing and Regulatory Affairs Liquor Control Commission released a list of 39 cities around the state approving governmental units that have established social districts. Niles is the lone city in Berrien County approved to take next steps in licensing of businesses to participate in selling alcoholic beverages to be enjoyed outside of participating restaurants and bars, as visitors shop and socialize.

In August 2020, the Niles City Council approved a social district for the city in a seven to one vote, with council member Georgia Boggs being the lone vote against the district.

At the August meeting, Lisa Croteau, director of marketing and administration for the Niles Main Street/Downtown Development Authority, said it was not just about giving people a place to drink alcohol.

“It’s about having this be an added amenity when people come to town to allow them to wander and explore,” Croteau said at the time. “They might find a business they didn’t know was here that might become their favorite place once they find it.”

On Wednesday, Croteau said six businesses were sent information about next steps to participate in the city’s social district – an area defined by being downtown, and serving alcoholic beverages in approved containers for those 21 years of age and older to partake in as they move around the dedicated space downtown.  The businesses previously considering participating in the social district currently have existing liquor licenses with the state.

The Niles Outdoor Dining Experience, on Second Street at the corner of East Main Street, allows for residents and visitors to the Niles downtown to use the space to have alcoholic beverages and food at the tables and around the fire pit. The NODE was approved for a year in its current location by the Niles city council in a split vote of five to two on March 22. The NODE is located nearly halfway between Iron Shoe Distillery, 3 N. Third St., and Front Street Pizza Pub, 510 N. Front St., two businesses considering participating in the social district.

“I believe the social district is a huge piece of The NODE,” Croteau said on Wednesday. “There’s no better place for it. If you’re going to be wandering through [town], it is a central location. As we expand and make it a more fun place, make it a more attractive place, I believe it will be a huge asset and amenity for downtown to bring in people.”

During the Niles DDA meeting on Wednesday morning, vice president Justin Flagel said he had done research on social districts in other cities.

“Long before we approved the social district in Niles, I did many hours of research, especially in the state of Ohio, for about five years,” he said. “I spoke to cities, small and large — cities way smaller than us and as large as Toledo. One hundred percent across the board, the replies were that they had zero issues as far as an increase in criminal behavior or troubles with public drunkenness or things that [citizens] may be concerned about with the social district.”

Flagel said he had notes and contacts he would be willing to share with members of the DDA.

The next steps for the social district would include businesses wishing to participate to get approval from the state’s liquor control commission.