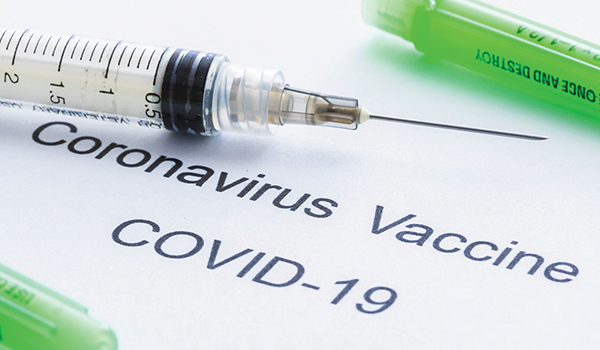 NILES – The single-dose Johnson and Johnson COVID-19 vaccine will be distributed in an upcoming clinic in Niles to residents.

Members of the Greater Niles Chamber of Commerce email list received word Thursday that the Niles-Buchanan YMCA, 905 N. Front St., would host a COVID-19 vaccine clinic on April 21 with the Johnson and Johnson Janssen vaccine.

The clinic will be at the new gym at the Niles-Buchanan YMCA on Wednesday, April 21, from 10 a.m. to 6 p.m. The single-dose Johnson and Johnson’s Janssen vaccine is currently approved for emergency use by the U.S. Food and Drug Administration for those 18 years and older.

According to Kayla Foster, marketing director with the YMCA of Greater Michiana, community partners were given advance notice of the clinic. Registration will be opened to the general public next week.

Gillian Conrad, communications manager with the BHCD, said the health department has been partnering with agencies to distribute the vaccine and has been giving them priority access to register online.

Though Conrad said the Johnson and Johnson vaccine has been available in the county for a few weeks now, it remains the least distributed version of the vaccine in Berrien County. According to data released Michigan Department of Health and Human Services Thursday, roughly 5,000 of the nearly 75,000 vaccines distributed in the county had been from Johnson and Johnson.

“A lot of people want the Johnson and Johnson vaccine. There are a variety of reasons why people want it,” Conrad said. “A lot of the intentions from the federal government was to use it in harder to reach communities.”

During a March 16 joint update from the BCHD and Spectrum Health Lakeland’s President Loren Hamel, Hamel compared the administration of the Johnson and Johnson vaccine to that of a flu shot.

He said the advantage of the Johnson and Johnson vaccine was its single-dose nature, and not requiring the extreme refrigeration the two-dose vaccines require.

The extreme refrigeration required for COVID-19 vaccines from Moderna, and especially Pfizer, limit its distribution to sites with the special deep freezers.

On Feb. 27, Michigan Gov. Gretchen Whitmer commented on the FDA authorization of the Johnson and Johnson vaccine.
“Our vaccine rollout will continue to focus on our most vulnerable, promote equity and prioritize our essential workers and at-risk Michiganders. The addition of this one-and-done vaccine will help us get shots in arms quicker,” Whitmer said.

In Berrien County, Conrad said demand for the vaccine has been overwhelming.

“We have been attempting to offer it in a variety of communities,” she said.

The health department predicts appointments for the April 21 Johnson and Johnson clinic will fill quickly.

Outside of the Johnson and Johnson vaccine, the health department will host a Pfizer vaccine clinic Saturday, April 17 at Niles High School, 1441 Eagle St., Niles. Appointments are limited and require pre-registration at bchdmi.org/1745/COVID-19-Vaccine-Information.

In the Niles and Buchanan areas, Rite Aid locations have the Moderna vaccine available. The Moderna vaccine is the most widely distributed version of the vaccine in Berrien County, with more than 50,000 doses delivered to residents, according to MDHHS.

Conrad said residents in surrounding areas may be experiencing a harder time finding a vaccine appointment, which is why the Berrien County Health Department has welcomed Cass County residents into its clinics.