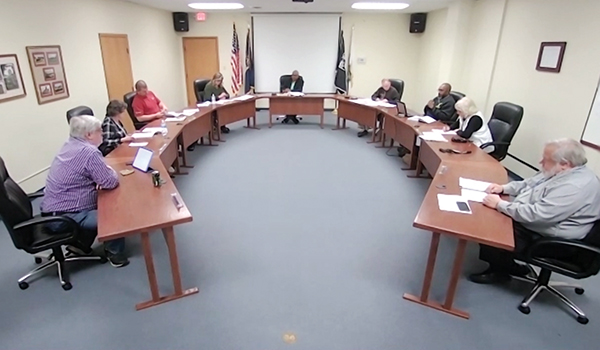 CASSOPOLIS — Cass County commissioners are throwing their support behind longer term lengths for those holding their elected positions.

Thursday evening, the Cass County Board of Commissioners passed a resolution to support four-year terms for commissioner seats across the state. Currently, county commissioners sit for two-year periods. Specifically, the resolution supports state Senate Bills 242 and 245, the latter of which was introduced into committee April 29. The Michigan Association of Counties has supported both bills.

“The [Michigan Association of Counties] is very hopeful that this will pass,” said Commissioner Roseann Marchetti.

According to the resolution passed Thursday evening, commissioners support four-year terms as “the scope of duties of a county commissioner has greatly increased in the last

Prior to 1968, board of commissioner members, then called the county board of supervisors, were allotted four-year terms, according to the 1963 Michigan Constitution.

Michigan is currently one of only five states in the U.S. that provides for exclusively two-year terms for county commissioners, and all other county and township elected officials in Michigan are elected to terms of at least four years.

Also Thursday, the board of commissioners voted to approve a jail shower stall refurbishment project at the Cass County Jail. The project, to be completed by Michigan Specialty Coatings, will cost $20,916. According to a letter sent from Sheriff Richard Behnke to County Administrator Jeff Carmen, the project would help solve mold issues in the jail showers.

“The jail has had issues with the inmate shower areas for many years,” Behnke wrote. “The block walls have been painted many times to reduce mold and other issues. It has been recommended by the Michigan Department of Corrections to have them refurbished using a coating that is resistant to mold while keeping the area safe in a wet environment.”