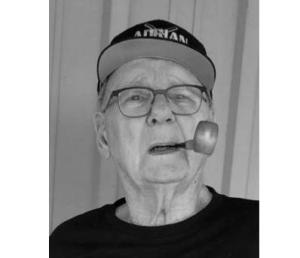 Arnold was born on March 14, 1936, in Two Rivers, Wisconsin, to the late Emmanuel and Marie (Laurent) Ruelle.

On July 11, 1964, in Battle Creek, Michigan, he married the former Judith Ann Schultz.

Arnold is preceded in death by his parents, his wife, Judith, and his sisters, Elain Kruszka and Marion Ahearn.

Arnold honorably served in the Army at the U.S. Army Intelligence Center and Ft. Holabird. He was honorably discharged in 1965. After serving in the military, he went to college and received his bachelor of business degree. Arnold was an accountant for Clark Equipment for many years.

He was a member of St. Mary of the Immaculate Conception Church in Niles. Arnold enjoyed watching the Green Bay Packers and was a longtime fan and season ticket holder of Notre Dame Hockey. He spent time in the Upper Peninsula where he had a cabin. Most of all, Arnold had a love for his family. He cherished the time he was able to be with his children and grandchildren.

In keeping with Arnold’s wishes, cremation has taken place.

Online condolences, photos and messages may be shared with the family at halbritterwickens.com