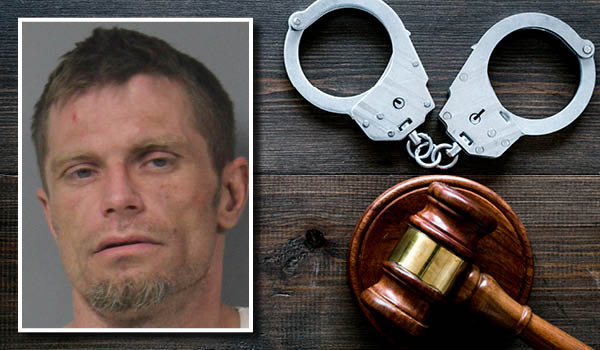 NILES – A LaPorte man who led police on a two-state chase is going to prison after being sentenced in Berrien County Trial Court Monday.

Travis Hatchel, 35, of LaPorte, pleaded guilty to fleeing and eluding police, resisting and obstructing police and assault with a dangerous weapon and was given concurrent prison terms. He received two sentences of 14 months to two years in prison on the first two charges and a sentence of 24 months to four years for the assault charge.

Hatchel was given credit for 59 days served and ordered to pay a total of $396 in fines and costs and $3,563.64 restitution to the LaPorte County Sheriff’s Department for damage to a police vehicle.

The incident March 11 in LaPorte and Berrien counties. He still faces charges in Indiana stemming from the incident. Hatchel said he did not know he was in Michigan when he was eventually stopped.

Hatchel admitted he has a substance abuse problem and hopes to get drug and mental health treatment.

“I’m not saying that what I did wasn’t wrong,” he said. “I’m just trying to get back to Indiana and get this behind me.”

“This situation exposed a number of individuals to an extraordinary risk,” Berrien County Trial Judge Sterling Schrock said. “In my court, if you score for prison, you go to prison based on the way the guidelines are scored.”

In another prison sentence, a Niles man is going to prison for dealing drugs.

Edward Lee Smith Jr., 53, of Ontario Road in Niles, pleaded guilty to two counts of delivery of meth as a habitual offender and was sentenced to six to 40 years in prison. He must pay $258 in fines and costs.

The incident occurred April 29, 2020, in the Niles area when he sold meth to an undercover police officer with the Southwest Drug Enforcement Team. He was initially charged with seven counts of delivery of meth.

Defense attorney Carri Briceno noted that Smith has significant health issues and needs to have heart surgery soon. She said that he knows he has a drug addiction and would like to get help.

While Briseno and Smith asked for time to get the heart surgery before the prison term starts, Judge Schrock said he had no authority to postpone the start of the prison sentence.

“I don’t know what to say, I hope you recognize where the responsibility lies,” the judge said. “I know there are significant issues for you, but the legislature has chosen to treat this offense with this kind of scoring.”

In another sentencing, Richard Eugene Carter Jr., 29, of 12th Street in Niles, pleaded guilty to possession of meth and was sentenced to two years’ probation, 100 days in jail with credit for 56 days served and $198 in fines and costs. He can serve the balance of his jail term in the Twin County Community Probation program.

He also pleaded guilty to use of meth as a habitual offender and was sentenced to credit for 52 days already served and $258 in fines and costs. His license was suspended for a year in both cases.

Defense attorney Edwin Johnson said he told his client that he would be doing life in prison on the installment plan if he doesn’t take care of his drug addiction problem. Carter can serve the sentence in the drug court program if he is accepted.