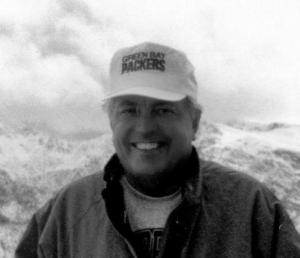 Daniel Lee Dries, DDS, 82, of Diamond Lake in Cassopolis and Miromar Lakes, Florida, died Monday, May 31, 2021, in the comfort of his wife’s presence.

His life began May 23, 1939, in Oshkosh, Wisconsin, the older of two children born to Henry Frank and Eloise Marian Dries. Shortly after he was born, his family moved to Beaver Dam, Wisconsin. He married Mary Jo Goraczewski on Aug. 29, 1964 in South Bend, Indiana.

After graduating from Campion Jesuit High School in Prairie du Chien, Wisconsin, Daniel graduated from Marquette University followed by Marquette School of Dentistry. He then spent two years as a captain and dentist in the Air Force in Laredo, Texas, before returning to Beaver Dam, Wisconsin practicing dentistry for forty-seven years. After retirement, Daniel and Mary Jo enjoyed spending their summers at Diamond Lake and their winters in Miromar Lakes.

Daniel enjoyed fishing, both in summer and in winter. His prized possession, his Campion graduation ring, was inscribed with the Ignatian motto: “Ad Majoren Dei Gloriam” (To the Greater Glory of God) which became his motto for living. He followed the Marquette Warriors highlighted by traveling with their 1977 NCAA men’s basketball championship squad and Coach Al McGuire.

The family will celebrate a Memorial Mass in both Cassopolis and Florida, at dates and times to be announced.

The family prefers contributions in memory of Daniel be made to Saint Ann Catholic Church, 421 North Broadway Street, Cassopolis, Michigan 49031, or the donor’s choice.

Arrangements have been entrusted to Connelly Chapel Wagner Family Funerals, Cassopolis. Please share a memory or a message online: wagnercares.com.