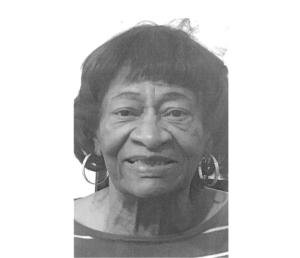 Her life began Nov. 8, 1928, the beloved daughter of the late Albert, Sr. and Luella Connell. Gladys was the adored wife of Howard Burris, Jr. and loving mother of their children Jane Ellen, Cheryl Denise and Michael Anthony. Howard preceded her in death June 20, 2017.

Gladys graduated from Champaign Senior High School where she sang in the glee club for three years. She attended the University of Illinois, Urbana-Champaign, where she worked as a secretary for the School of Labor and Industrial Relations.

After marriage to Howard, on Feb. 10, 1950, the couple moved to Chicago to raise their children. Gladys was employed as a secretary for the Chicago Transportation Authority. She was also employed in the Michael Reese Hospital clerical office.

Gladys and Howard moved to Vandalia where family and friends would come to visit and enjoy rides on their boat HOWGLAD. At that time, Gladys worked for the Circuit Court of Vandalia as an administrative assistant, until her retirement. She and Howard were active members of their church.

In addition to her parents, Gladys was preceded in death by her husband, of 67 years, Howard Burris; and two brothers, Albert Connell, Jr. and Charles Alex Connell.

Mrs. Burris will be laid to rest with her husband in at 1:30 p.m. in Fort Custer National Cemetery, Augusta, Michigan.

The family would like to thank the staff and nurses at the Towne Centre of Merrillville, Indiana, for their care and compassion toward Gladys.