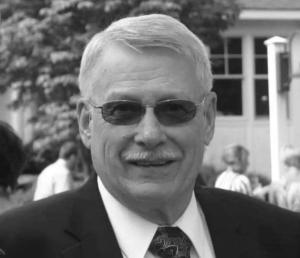 Glenn graduated from Niles High School in 1957. Shortly after graduating, he enlisted in the U.S. Navy and was stationed on the U.S.S. Firedrake from 1958 to 1964 holding the title of Boatswain. After his service to our country, Glenn went on to become a welder and sheet metal worker retiring in 1984.

Glenn enjoyed many hobbies including sailing and scuba diving. He also flew as a private pilot. Glenn had a knack for fixing things- so much so that you could hear him saying, “It ain’t broke if I can fix it.” Glenn showed support for his fellow veterans and was a proud member of the VFW, American Legion and the Eagles. Glenn was also a member of the Ludington Yacht Club and Burro Masters.

Glenn was preceded in death by his parents, and his sister, Joann Kretchman.

In lieu of flowers, memorial contributions can be made to the American Heart Association or the Ludington Youth Sailing School.

Arrangements have been entrusted to Oak Grove Funeral Home of Ludington. oakgroveludington.com.