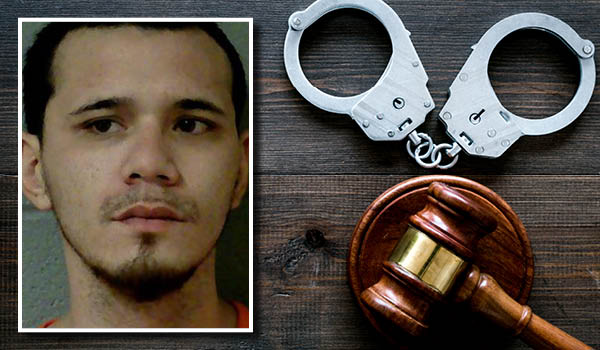 Homeless man gets jail time for stealing vehicle in Dowagiac

CASSOPOLIS – A homeless man who stole a car in Dowagiac in January was sentenced Friday in Cass County Circuit Court to a year in the county jail.

Aaron Random Burdick, 29, pleaded guilty to attempted unlawful use of a motor vehicle in two cases and was sentenced to concurrent terms of 365 days in jail. He has credit for 137 days already served and must pay a total of $1,350 in fines and costs and $4,047.98 in restitution.

The incidents occurred Jan. 6 and Jan. 25 at locations
in Dowagiac.

The victim in the Jan. 6 incident spoke before the sentencing. The victim said Burdick’s actions caused great hardship on her family. She said Burdick took the family car when her husband had stopped at a convenience store.

She noted that the car had her husband’s tools inside as well as her children’s car seat and booster seat. She said her daughter had just had surgery a few days earlier and the loss of their car kept them from getting to a follow up appointment with the doctor. They have not recovered their car.

“This was the only transportation for our family,” she said. “I can’t express the amount of emotional distress this caused. This crime caused emotional and financial distress, we were without a car for three months and didn’t get anything from our insurance.”

“Her words speak volumes,” Assistant Prosecutor DeVante McCullom said. “When someone is violated this way, it has a traumatic effect on the family. He also committed a second offense the same month and stole another vehicle.”

Burdick apologized for taking the victim’s car but continued to deny he took a second vehicle later in January. He said he bought that vehicle in South Bend, a silver BMW, for $200.

Circuit Judge Mark Herman noted that Burdick was on probation in Berrien County for domestic violence and had three warrants out for his arrest.

“One year in jail is the maximum penalty you can receive and I see no reason to deviate,” he said.