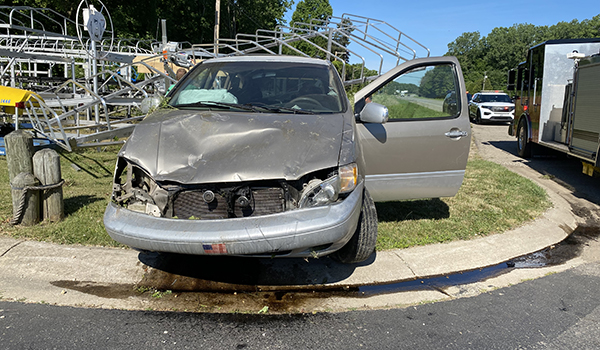 NEWBERG TOWNSHIP — A Dowagiac man and his daughter were injured Thursday following a crash in Newberg Township.

Sheriff Richard Behnke reported that at 9:17 a.m. Thursday, his office was called to investigate a single-car personal injury crash at M-60 near McKinley Street in Newberg Township.

Investigation shows that Fredrick Mark Reed, 69, of Dowagiac, was eastbound on M 60 when he had a medical emergency and lost control of his vehicle, striking a shore station. His daughter, Katie Reed, was in the vehicle as well.

Reed and his passenger were transported to Three Rivers Hospital with non-life-threatening injuries. Seatbelts were used by both. Alcohol and drugs do not appear to be a factor, according to deputies.

Deputies were assisted on scene by Newberg Fire and Newberg Ambulance.