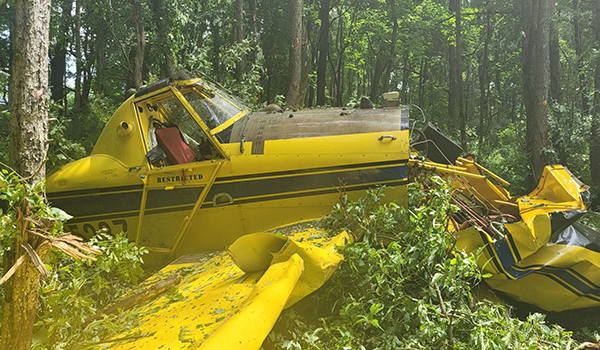 JEFFERSON TOWNSHIP — An Indiana man is in unknown condition after crashing an aircraft near Edwardsburg Sunday, according to the Cass County Sheriff’s Office.

Sheriff Richard Behnke reported that at approximately 1:37 p.m. Sunday, deputies responded to a single crop duster aircraft crash around the 27000 block of Indigan Lane near Edwardsburg.

The pilot, Ralph Edward Lutes, 68, of Shipshewana, Indiana, was transported to Elkhart for unknown injuries sustained in the crash.

The plane was crop dusting a nearby potato field with fungicide when it crashed into a wooded area.

The crash remains under investigation by the FAA.