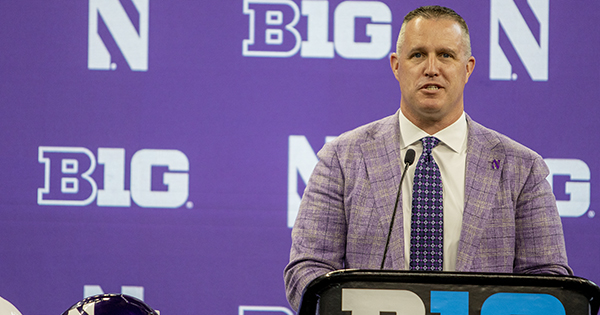 Edwardsburg’s Priebe to enter Wildcats’ camp as a starter

Speaking in front of reporters during Big Ten Media Days July 22-23, Fitzgerald was asked where Priebe, who saw a lot of playing time as a freshman, would figure into the Northwestern plan this fall.

“As we sit here today, Josh Priebe is a starter,” Fitzgerald said. “As you look at Ethan Wiederkehr, Sam Gerak and Peter Skoronski, that is a pretty good starting point for us. Josh walking out of spring put himself into a starting role. Now, he has to continue to earn that, but is an incredibly talented athlete who could be a guard or a tackle. He is smart enough and athletic enough to be a center. He is going to start off with us at guard right now. A very talented player, a great teammate with great functional strength — you can see why he was so heavily recruited. He has a great future.” 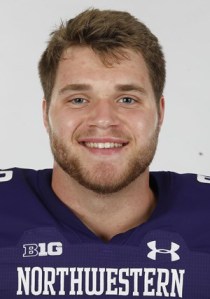 Expectations for the Wildcats are high after winning the West Division of the Big Ten Conference for the second time in two years during the shortened 2020 season and playing Ohio State for the conference title at Lucas Oil Stadium.

The cleveland.com preseason Big Ten poll had the Wildcats finishing third in the West this season. Northwestern did not receive a single first-place vote in the poll among the 34 voters. The poll was released last Thursday morning prior to the opening of Big Ten Media Days.

Northwestern defensive back Brandon Joseph seemed surprised by the vote.

““We get ranked third [or] something like that, I’ll be like ‘Wow, that’s a first,’” Joseph said. “We usually get ranked last, and we go ahead and shove it to the side and go do what we do.”

The Wildcats were a veteran team last season, but Fitzgerald was able to get some of the younger guys on the field, getting them ready for a bigger role in 2021. In preparing for the upcoming season, Northwestern will have to make some changes based on its current roster and coaching changes.

“I think our preparation always changes based on your personnel,” he said. “It also changes on your coaching staff. So, there were tweaks and changes, nothing earth-shattering for me to announce today, but I knew the focus a little bit today would be on what we have lost. I couldn’t be more excited about what we have. You look at the way we recruited. You look at where are recruiting it right now It is at an all-time high during my tenure.”

Because of the returning players, the players that the Wildcats recruited, and the ones they picked up through the player portal, Fitzgerald believes his team is ready to compete for a Big Ten championship, if not more.

“I think we got as much depth and talent maybe in my time, but we’ll see how it plays out as we go through camp,” he said. “We are going to find out right away with a challenging opener Friday night against Michigan State at home. So, we got a lot of work to do in these next six weeks getting ready for that game.”

The Wildcats and Spartans will kick off the season at 8 p.m. Sept. 3 at Ryan Field in Evanston, Illinois.