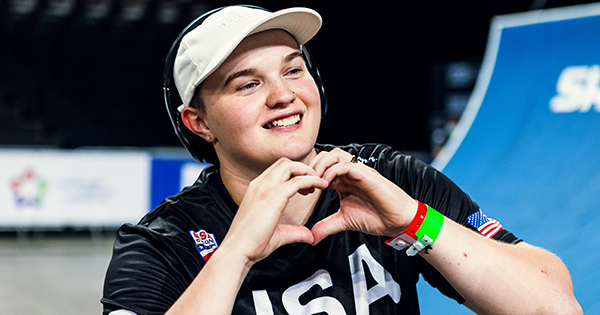 An Olympic watch party for Hannah Roberts will be Saturday night at the Buchanan Common. (Submitted photo)

TOKYO — Fans from across Michiana filled the Buchanan Commons Saturday night as they watched one of their own make history.

Hannah Roberts, 19, won the silver medal in BMX freestyle her first time competing in the Olympics.

Roberts has been competing in the World Championship since 2017 (while she was still in high school), and amassed two gold medals and one bronze medal.

Roberts was seeded No. 1 going into the finals in Tokyo Saturday evening, but was ultimately defeated by Charlotte Worthington, representing Great Britain, who went from last place to first place in the final run.

Roberts appeared to have injured her foot, and did not finish the final round.

Roberts began riding at age 9, following in the footsteps of cousin Brett Banasiewicz. She graduated from Buchanan High School in 2019, and has mentored many young riders.