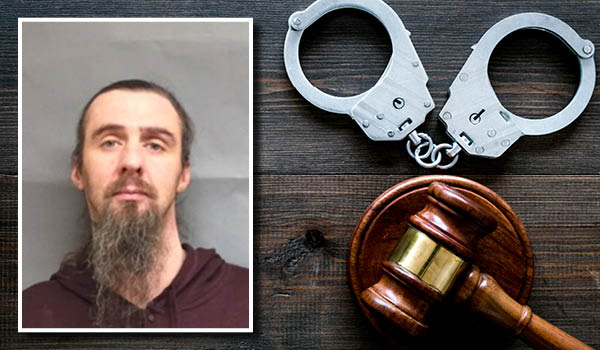 NILES – A Niles man with a lengthy criminal record is going to prison after being sentenced Monday in Berrien County Trial Court.

Gene Jason Beshires, 44, of North Fifth Street in Niles, pleaded guilty to third degree fleeing and eluding and was sentenced to 18 months to five years in prison. He has credit for 134 days already served and must pay fines and costs of $198.

That incident occurred Jan. 12 at South 11th and Fort Streets in Niles Township.

He also pleaded guilty to malicious destruction of property $200 to $1,000 and was sentenced to credit for 113 days already served. A felony charge of escaping from the Berrien County Jail was dismissed. That incident occurred May 23.

Berrien County Trial Judge Sterling Schrock noted that Beshires’ record includes 12 felony convictions and several misdemeanor convictions. Beshires is currently on Swift and Sure probation in Cass County and will likely face a probation violation there.

Defense attorney Carri Briseno asked unsuccessfully for credit for time served since Beshires faces a probation violation sentencing in Cass County Circuit Court. She noted that the sentencing guidelines were higher in that case than in the fleeing and eluding case he was sentenced on Monday.

She added that Beshires has significant mental health concerns which have not been adequately addressed.

Judge Schrock said he did not have any choice but to sentence Beshires to prison given his record, the circumstances of the incident and the fact that he was on probation when he committed the crimes.