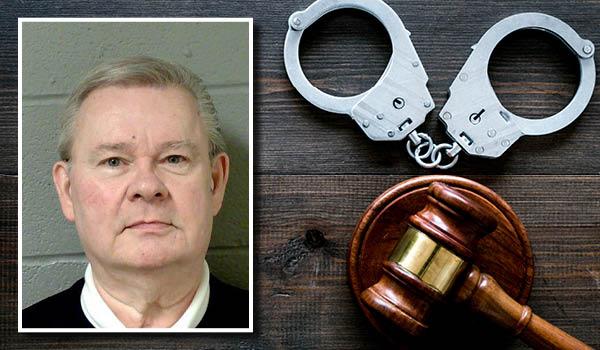 Field himself was sentenced earlier Friday to terms of probation for perjury, attempted aggravated indecent exposure and other charges. In addition to working at SMC, Field was a counselor at the Family Center and that is where the incidents involving inappropriate conduct with a SMC student occurred in 2015 and 2016.

Donald William Ludman, 76, of West Street in Dowagiac, pleaded guilty to conspiracy to commit healthcare fraud and was sentenced Friday to credit for one day served and $1,758 in fines and costs.

Cass County Circuit Judge Mark Herman noted that Ludman’s actions were discovered during the Field investigation that began in September 2017. Financial records from the Family Center where Ludman worked were seized and it was discovered that Ludman had received insurance money that was not permissible under the counseling license he had.

“You’re 76 years old and a lifelong resident of the community,” the judge added. “You also were an associate professor at SMC for 36 years until you retired last year.”

Assistant Prosecutor Thomas Hubbert said Ludman was cooperative throughout the Field investigation and asked that the judge follow the recommendation and not give any more jail time.

“He takes full responsibility for this situation although he didn’t have knowledge that it would be considered breaking the law,” he said. “He’s remorseful and embarrassed.”

“He had to leave his position at the college, he removed himself from that position,” Hogue added. “He’s remorseful about the situation and does feel responsible for putting Mr. Field in a position where he could do this. He still has a desire to serve the community and put this behind him.”

“I am remorseful, I have experienced considerable embarrassment,” Ludman said. “I would like to move forward and get my life back in order.”