Downtown businesses welcome return of Under the Harvest Moon… 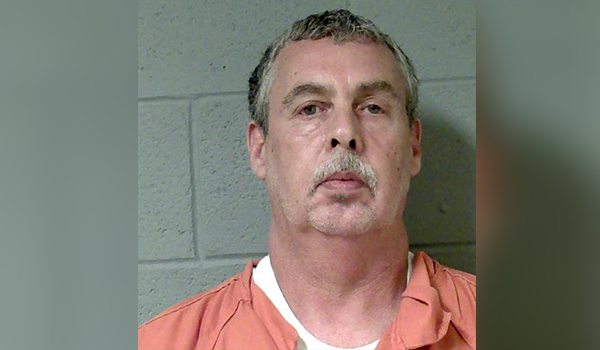 CASSOPOLIS – A coward, a liar and a rapist. That was how George Field’s victim described him at his sentencing Friday morning in Cass County Circuit Court.

Field, a former Southwestern Michigan College instructor and counselor at a Dowagiac center, pleaded no contest to seven counts including perjury and attempted aggravated indecent exposure and was sentenced Friday to probation and credit for time served.

He pleaded no contest to three counts of attempted aggravated indecent exposure, one count of perjury, one count of unauthorized practice of a health profession, one count of health care fraud and one count of possession of marijuana. Other charges including ones of criminal sexual conduct were dismissed.

Probation conditions include attending sex offender treatment, 120 hours of community service, no assaultive behavior and no contact with the victim. He does not have to register as a sex offender.

The incidents occurred between September 2015 and early 2018 when he perjured himself during a court hearing. The victim was a student of Field’s at SMC and also went to him for counseling at the Family Center in Dowagiac. She said the counseling took place there and the sexual relations at Field’s home next door to the center.

The victim, a former SMC student who went to Field for counseling, spoke before the sentencing. She said she had gone through “five years of absolute hell” since the incidents which occurred starting in 2015. She reported the incidents to the college and police in 2017 and SMC fired him shortly afterwards.

“This will be impacting me every day for the rest of my life,” she said. “I’ve lost my ability to trust anyone, even my loved ones … I didn’t know all my efforts would come to this and he would have all the rights. I’ve lost so much more than my dignity, I’ve lost myself.”

“I’ve been angry at him and at myself and have wished that I go back in life and not have it happen,” she said. “It completely changed me as a person, I can’t remember a year of my life after that. He successfully isolated me from loved ones and I’m still terrified of men, even family members.”

The victim said Field mocked her and told her that SMC officials would never believe her and that it was her fault for allowing him to touch her. “He used all my hopes and dreams to tear my life apart,” she said. “I don’t feel safe anywhere. It affected me psychologically and emotionally.”

“He’s a manipulator, he’s a dangerous predator,” she added. “He tears people apart mentally to gain power and control. He’s a coward, a liar and a rapist.”

Assistant Prosecutor Thomas Hubbert asked for a year in jail and an extended period of probation.

“He’s a coward, he used his position to have power over vulnerable people,” he said.

Defense attorney James Miller called the plea agreement reached “a satisfactory resolution” of a long term and complicated process. “He’s essentially lost everything, his home, his car, his job and livelihood in his chosen profession in the future,” he said.

Field did not apologize or show remorse for his actions. He said he had provided services to the Dowagiac community for decades.

“It’s taken a heavy toll on everyone, the community at large and the college,” he said. “I was an unpaid volunteer at the center and provided services as directed by my superiors to help people push through their challenges.”

Judge Kengis noted that while the case has been pending for several years with numerous delays including the pandemic, it hasn’t lessened the impact of Field’s actions on the victim and on society.

He said that he has to consider factors such as rehabilitation, punishment and deterrence in fashioning a sentence but cannot consider a defendant’s lack of remorse.

“If I could do that, you would be going to prison today,” he told Field.

“It’s absolutely shocking you can’t admit that you did wrong,” he said. “Placing blame on the college is despicable and you did not acknowledge what you did. You were in a position of authority, you were supposed to help her, but you destroyed her. I’m hopeful and prayerful that she will be able to turn herself around.”

“What you said is also disturbing to me,” he added. “You’ve changed your story a number of times, and you may not know the truth in your own mind. I think you benefited from the plea agreement. As the victim said, society blames the victim and might think it was consensual because it lasted several months. I don’t believe that. You corrupted her.”

Judge Kengis said he did not order any additional jail since Field has already served 10 months and with good time credits would just walk in and out of jail if he received more days. He did say he would order Field to perform community service because of the effect the crimes had on her and the community.

“You have a problem if you think you take advantage of people for sexual reasons,” he told Field. “If you violate your probation, keep in mind that it’s quite likely you will go to prison.”