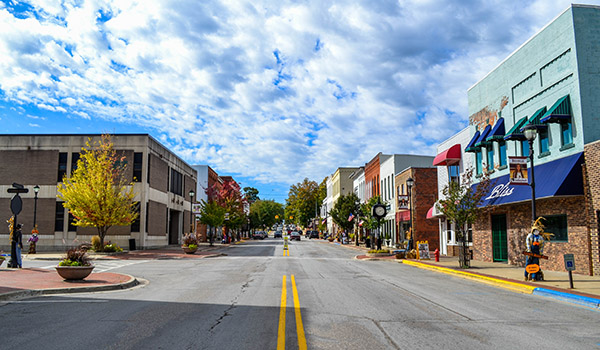 BUCHANAN – An attempt to pay nearly $9,000 in annual dues to the Greater Niles Chamber of Commerce failed at Monday’s Buchanan City Commission. Commissioners have been debating whether to pay the Niles chamber for three months.

Greater Niles Chamber head Jeff Rea spoke to commissioners in August about the services the chamber offers. He said the chamber’s focus has recently shifted from industrial to commercial and retail development in the region. He added that they had purchased new software to help them analyze the local economy, identify problems and make better decisions.

Monday, commissioners again debated the pros and cons of paying the chamber bill before the matter ended up being dropped when Mayor Sean Denison could not get a second for his motion to pay the chamber. As has been the case since June, the overall question came down to whether the city is getting a return for its annual investment.

Commissioner Patrick Swem said he would not vote to pay the chamber and at one point suggest paying for six months rather than a year. He said that while the city hasn’t pushed the chamber to earn their fee, the chamber has not reached out to Buchanan city officials to offer help either.

“They need to provide value to us,” he said.

Denison said the onus is on the city for not utilizing the chamber’s services such as the new software allowing the city to track where customers are coming from.

“We now have people in the positions we want them to be in,” he said. “I’m in favor of paying the chamber. It’s important to be in a regional organization, it’s a no-brainer to use them.”

Community Development Director Rich Murphy spoke in favor of keeping the relationship with the Niles chamber and also outlined the new economic development incentive programs he has created. He said he researched what other communities have done to come up with what will work best in Buchanan.

“These are based on the best practices I found. They’re not new, but they’re customized for Buchanan,” he said. “It’s what we need to have in our toolbox. They are robust but simple, easy to understand and use so they don’t just sit on the shelf.”

The two programs are the Buchanan Façade Program and the Restaurant Incentive Program. They will provide forgivable loans of up to $10,000. Murphy said the focus will be primarily on the downtown area to “build the core” of the city.

Commissioners approved both programs and noted that they can be changed and adjusted as needed in the future. Swem called to an “excellent start” and suggested Murphy could provide businesses with links to other available resources for their projects.

Also Monday, commissioners heard a report from Jason Washler, of the Prein & Newhof engineering firm, on the city’s infrastructure. He outlined the state of the city’s sewer, water, stormwater and street systems, the work being planned to be done in coming years and how much it will cost.

The city is planning to do major infrastructure work on Front Street in 2023 and is currently lining up the available financing to do it. The Front Street work will involve placing water, sewer and stormwater systems and making streetscape improvements. It could cost $1.7 million alone.

The discussion led Commissioner Mark Weedon to place blame on past commissions for “kicking the stone down the road” for two decades.

“We have a situation where we have to deal with this and explain why rates are going up,” he said. “We are here today to shoulder this, the consequences are now on our shoulders.”